A few years ago citizens of the Caribbean country of Antigua and Barbuda were enjoying the fruits of a flourishing gambling industry. Then the U.S. stepped in and prevented them from accessing their market, causing the industry to collapse.

“What was once a multi-billion dollar industry in our country, employing almost 5% of our population has now shrunk to virtually nothing,” Antigua’s High Commissioner to London, Carl Roberts, said previously.

Refusing to back down, Antigua filed a dispute with the World Trade Organization (WTO) and prevailed in 2005 with a WTO ruling that the actions of the United States violated free trade.

In 2007 the WTO went further still when it granted Antigua the preliminary right to suspend U.S. copyrights up to the value of $21 million for each year the U.S. blocks its gambling services. Intellectual property was chosen because trade in other areas was either weak or could prove a counter-productive target for Antigua.

In 2013, Antigua ran out of patience. A source close to the government informed TorrentFreak that it was considering cashing in via the launch of a ‘pirate’ website dedicated to selling U.S. movies, TV shows and music to the world without compensating rightsholders.

Just days later on January 28, 2013, the WTO effectively authorized Antigua’s plan for a ‘pirate site’ to enable it to start recouping the money owed by the United States.

The U.S. responded angrily to the plan, warning Antigua that such an action would undermine its chances for a settlement and noting that investment in the country, particularly in its high-tech industries, would suffer. 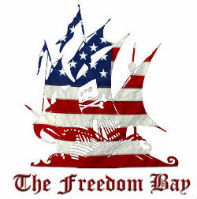 But after a few months passed, Antigua was rattling its sabers once more. Sources close to the government told TorrentFreak that it was looking for partners to assist with the launch of its download platform and would love to get involved with The Pirate Bay.

“Whichever vendor is selected in the process, be it The Pirate Bay or any other company, it would be involved in a dialogue with the Government and a partnership that will be strictly supervised to make sure that the operation is conducted in accordance with the WTO rulings,” then Antigua attorney Mark Mendel told TF.

More than a year passed with no site appearing and in June 2014 Antigua elected a brand new government with Prime Minister Gaston Browne at the helm.

In September the government said it had “formulated yet another comprehensive and realistic proposal” and had made “significant concessions” in a bid to resolve its WTO dispute with the United States.

The United States owes Antigua around $200m but word from the new government suggested it might settle for ‘just’ $100m.

Shortly after, Antigua fired its attorney Mark Mendel, with the new Prime Minister promising to take a tougher line in negotiations than his predecessor.

After a period of relative quiet, this month local media reported that Antigua’s Minister of International Trade and Foreign Affairs Charles ‘Max’ Fernandez would travel to the U.S. to begin a new round of negotiations with the United States Trade Representative.

That meeting took place on Tuesday and early signs from the USTR suggest that progress is being made.

“On 28th July, 2015, Assistant US Trade Representative for the Western Hemisphere, John Melle, met with the Foreign Minister of Antigua and Barbuda, H. Charles Fernandez, and his delegation to discuss resolution of the WTO case United States – Measures Affecting the Cross-Border Supply of Gambling and Betting Services,” the USTR said in an announcement.

“Both sides considered the meeting productive and useful for the exploration of various elements that could ultimately bring closure to the matter. Both governments have undertaken to continue the discussions at an early date with a view to reaching a final settlement.”

In closing, both Fernandez and Melle committed to “moving to a final conclusion as expeditiously as possible.”

Having already cut their demands by half despite clear World Trade Organization rulings, it will remain to be seen how much further Antigua will be prepared to go in order to settle with the United States once and for all. If not, a new legal ‘pirate’ site could still sail onto the horizon.