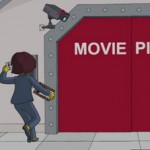 Alongside site blocking and attacking the finances of pirate sites, so-called “strike” schemes are one of the preferred anti-piracy mechanisms of the mainstream entertainment companies.

The idea is simple. Rightsholders monitor their works being exchanged on file-sharing networks, capture IP addresses of alleged infringers, and send complaints to those individuals’ ISPs. These notices are then forwarded to inform customers of their errant behavior.

There can be little doubt that this option is preferable to suing users en masse, but is the approach effective? Thanks to MPAA documents sent to the studios and obtained by TorrentFreak, we now have a clearer idea of whether the movie business itself thinks that “strikes” programs work – and more besides.

One document, titled ‘Notice & Graduated Response Programs’ begins by stating the primary aim of the programs: “Reduce P2P piracy while educating consumers about, and directing them to, legal content.”

CAS mitigation measures haven’t proven to be particularly aggressive thus far but plenty of users have received notices. Around 1.3 million notices were sent in the first 10 months of operations. By November last year, Comcast alone had sent one million warnings.

But does the Copyright Alerts System work?

While it’s clear that the studios believe these schemes are part of the answer, the MPAA is pragmatic about the CAS behind closed doors, largely since it believes efforts thus far are just the beginning.

The U.S. system is “not yet at scale” or operating with “enough education support” according to the MPAA. As a result the CAS has not made an “impact on the overall [piracy] landscape.”

That said, the MPAA does claim some successes among those receiving notices.

“US program – with escalating remedial measures – [is] reasonably effective in decreasing P2P piracy by those actually receiving notices/alerts,” one summary reads.

However, the claim that some notice recipients mend their ways after receiving a warning (the rate of re-offending is actually quite high) is somewhat contradicted by another statement later in the same document.

“No current information as to the behavior of users who appear to stop P2P infringement – do not know whether [they are] migrating to other pirate systems or to lawful services,” the statement reads.

Nevertheless, the MPAA appears keen to expand the program to a point where impact is more meaningful. This will require cooperation with ISPs, both on volumes and mitigation measures.

“Attainability as to existing programs boils down to whether ISPs will agree (a) to expand scale to levels that might impact overall P2P piracy, and (b) to enhance remedial measures so as to improve efficacy,” the MPAA writes.

Plans to double up on the number of warnings being sent have already been revealed but whether ISPs will be keen to further punish customers remains to be seen. Still, the MPAA’s graduated response “secondary objective” might help them decide.

“Build and leverage relationships with ISPs; acknowledgement by ISPs of some responsibility for infringement through their systems; gain and/or strengthen government and other influential support for ISP accountability,” the objective reads.

Perhaps surprisingly the MPAA has pushed ahead with CAS in the United States despite knowing that similar schemes have produced lukewarm results elsewhere.

“Programs in France and South Korea (both mandated/managed by government) – and available in New Zealand and Ireland” have had a “limited impact” according to the MPAA.

And the notice-and-notice scheme just launched in Canada and the UK’s upcoming VCAP warning system probably won’t produce nice surprises either. The MPAA believes that both are “likely” to prove less effective than programs with mitigation measures, such as the United States’. CAS.

For the coming year it seems likely that while the MPAA will try to expand its current notice programs by volume, it will not attempt to introduce similar schemes elsewhere.

Will users flood to legitimate services though? The MPAA doesn’t know today and won’t know anytime soon but in any event that desired effect will probably require much more investment.

“Should see reasonable economies of scale…but to scale to level that will impact overall P2P piracy will likely require substantial additional resources,” the movie group says.

“May not have reliable data about impact for 1-2 years.”