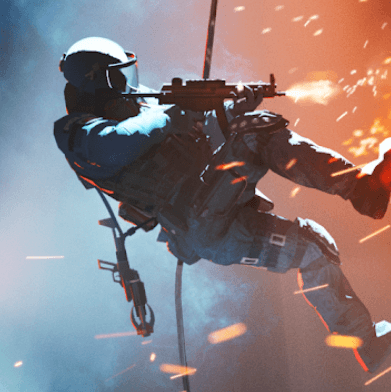 French video game company Ubisoft is one of the most well-known brands in the industry.

Its franchises including Assassin’s Creed, Far Cry, Just Dance, and the Tom Clancy series contributed to revenues of almost 1.6 billion euros in its last financial year but according to the gaming giant, one of its competitors is trading off that success.

Tom Clancy’s Rainbow Six Siege (R6S) has a reported 60 million players clocking up more than a billion session days in 2019-2020. However, the emergence of a direct clone of this smash-hit produced by a Hong Kong-based company has prompted Ubisoft to file a copyright infringement lawsuit in the United States.

Filed in a California district court on Friday, the complaint targets game developer Ejoy which conducts business under the brand Qookka Games. Ubisoft alleges that the company’s mobile game Area F2 is an illegal direct rip-off of R6S from the ground up, from the story to gameplay mechanics and beyond.

“That AF2 is a near carbon copy of R6S cannot seriously be disputed. Virtually every aspect of AF2 is copied from R6S, from the operator selection screen to the final scoring screen, and everything in between,” the complaint reads.

“This copying includes, but is not limited to, R6S’s storytelling as expressed in the way in which games unfold in real-time; the player-controlled ‘operators’ (including their special abilities and weapons loadouts) and the selection and arrangement of those operators; the collection, selection, and arrangement of weapons, gadgets, and equipment available to players and specific operators.”

Many games in the same niche can share a lot of similarities but Ubisoft says AF2 goes much further by copying the design of its maps, gaming surfaces, object interactions, sound effects and animations, even going as far as closely duplicating the advertising and marketing material for RS6.

While the main target of the lawsuit is Ejoy (which according to the complaint is owned by Alibaba), both Google and Apple are also named as defendants. According to Ubisoft, this is because despite filing complaints with the companies, neither removed AF2 from their stores and instead continued to profit from its distribution.

Ubisoft alleges that it informed Google on April 28/29 via a DMCA complaint that AF2 infringed its copyrights in R6S and that by continuing to distribute the title via Google Play, Google was infringing those rights too. On May 11, however, Google told Ubisoft that it would not be removing the game from the Play store.

Around the same time, Ubisoft filed a similar DMCA complaint with Apple which reportedly forwarded the complaint to Ejoy. In common with Google, Apple also failed to remove the game from its App Store.

Ubisoft says that both Google and Apple are profiting from every copy of AF2 distributed via their platforms. AF2 is free to play but according to the lawsuit the game actively targets the existing userbase for R6S, relying on revenue generated by in-app purchases of which Google and Apple take around 30%.

“Ubisoft is informed and believes, and on that basis alleges, that Google and Apple have received (and as long as AF2 remains available will continue to receive) substantial revenue in connection with the game, and further, that each either has sent or intends to send a portion of that revenue to a foreign bank account maintained by Ejoy and to retain the remainder for itself as profit,” the complaint notes.

Ubisoft says that by creating and distributing AF2, all defendants are willfully infringing its copyrights in R6S and authorizing others to reproduce the title in violation of the Copyright Act, 17 U.S.C. § 101.

In respect of Google and Apple, their failure to remove AF2 from their respective stores, despite receiving notice from Ubisoft, means that they have “actual and constructive knowledge” of the infringement and since they obtain a financial benefit from that infringement, are not able to claim safe harbor under Section 512 of the DMCA.

As a result, Ubisoft says it is entitled to statutory damages up to a maximum of $150,000 for each copyright infringed (or actual damages and defendants’ profits) plus attorneys’ fees and costs.

To curtail the ongoing infringement, Ubisoft is also demanding preliminary and permanent injunctions against all defendants and anyone acting in concert with them, including but not limited to Internet service providers.

The complaint can be obtained here (pdf)