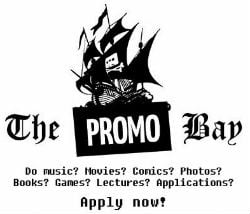 Last week we reported on the launch of The Promo Bay, an artist promotion initiative supported by The Pirate Bay crew.

The website is entirely dedicated to promoting the work of independent musicians, filmmakers and other content creators. Through The Promo Bay these artists get to showcase their work to an audience of hundreds and thousands of people at no cost.

A great initiative, but unfortunately many UK artists were unable to submit their content after the site was blocked due its affiliation with The Pirate Bay.

In a response to this news a petition was started by The Promo Bay asking the UK’s Internet providers to reconsider their decision. In addition, the UK’s Open Rights Group (ORG) and Virgin asked the local music industry group BPI to review the blockade.

Today these efforts paid off.

Responding to ORG’s inquiry the BPI said that they instructed ISPs to lift the block. The group explained that the Promo Bay domain was blocked as part of the UK High Court decision earlier this year because it previously linked to the Pirate Bay website.

While this is great news for the Promo Bay and the many artists who want to promote their work through the Pirate Bay, it also raises same concerns. For example, why should a music industry group be in control of an Internet blocking list?

ORG agrees that the incident is worrisome and the group is calling for more transparency and oversight.

“The incident is rather revealing: it firstly shows that there is a significant need for greater transparency about the nature of blocking injunctions. Secondly, it shows that the BPI have been given a great deal of discretion over what may be blocked.”

“Neither ISPs nor the BPI seem keen to disclose what is on the list. It is effectively secret,” ORG adds.

The Pirate Bay crew is happy to see the Promo Bay unblocked, but believes the BPI can do even more.

“It’s great that our friends from the BPI are so kind to use their God-like powers to get the Promo Bay off the blocklist. Apparently they realize how important it is for artists to be able to get featured on The Pirate Bay frontpage,” Pirate Bay’s Winston told TorrentFreak.

“Too bad these artist are not able to see their own promotions though, because our main page is still censored,” he adds.