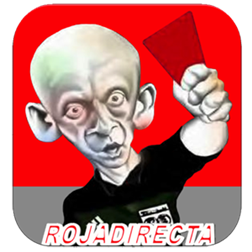 Following a series of High Court orders six UK ISPs are required to block subscriber access to many of the largest pirate sites.

The efforts started in 2012 and the list continued to grow in the years that followed.

In the latest wave The Football Association and Premier League Limited achieved an extension of the UK blocklist with the addition of popular sports streaming sites Rojadirecta, LiveTV and Drakulastream.

This brings the total number of blocked sites to 128 and more domains are expected to follow in the months to come.

The new blocks, which haven’t been implemented by all ISPs yet, are believed to be an expansion of a High Court order against the streaming site Firstrow. This order provides the football associations with the option to continually update the list of infringing domains.

TF contacted the Premier League for a comment on the latest additions but at the time of publication we hadn’t heard back.

Interestingly, one of the targeted sites, Drakulastream, was also facing trouble on another front. This week the EURid registry suspended the site’s .eu domain pending a legal investigation.

“The domain name is temporarily inactive pending the outcome of a legal activity. It might be that the status of the domain name changes in the coming days. This is a procedure that is still pending,” an EURid spokesperson informed TF a few days ago.

However, Drakulastream later resolved the issue and the domain became active again a few hours ago.

The blocked sports streaming sites are not the only ones to be added to the UK blocklist this week. A few days ago The Publishers Association won a court order requiring local ISPs to block various eBook sites.

The full list of sites to be blocked in the UK is now as follows:

Liverpool and Manchester United Team Up to Beat Counterfeiters