Researchers Make BitTorrent Anonymous and Impossible to Shut Down (Updated) 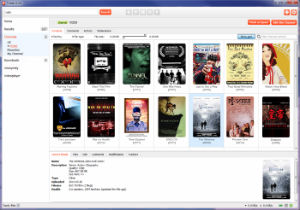 The Pirate Bay shutdown has once again shows how vulnerable the BitTorrent ‘landscape’ is to disruptions.

With a single raid the largest torrent site on the Internet was pulled offline, dragging down several other popular BitTorrent services with it.

A team of researchers at Delft University of Technology has found a way to address this problem. With Tribler they’ve developed a robust BitTorrent client that doesn’t rely on central servers. Instead, it’s designed to keep BitTorrent alive, even when all torrent search engines, indexes and trackers are pulled offline.

“Recent events show that governments do not hesitate to block Twitter, raid websites, confiscate servers and steal domain names. The Tribler team has been working for 10 years to prepare for the age of server-less solutions and aggressive suppressors.”

To top that, the most recent version of Tribler that was released today also offers ‘anonymity’ to its users through a custom-built in Tor network. This allows users to share and publish files without broadcasting their IP-addresses to the rest of the world (note: see warning at the bottom of this article).

“The public was beginning to lose the battle for Internet freedom, but today we are proud to be able to present an attack-resilient and censorship-resilient infrastructure for publishing,” Dr. Pouwelse says.

After thorough tests of the anonymity feature earlier this year, it’s now built into the latest release with end-to-end encryption. Tribler implemented a Tor-like onion routing network which hides who is seeding or sharing files. Users can vary the number of “hops” the client uses to increase anonymity.

“Tribler creates a new dedicated network for anonymity that is in no way connected to the main Tor network. By using Tribler you become part of a Tor-like network and help others become anonymous,” Dr. Pouwelse says.

“That means you no longer have any exposure in any swarm, either downloading or seeding,” he adds.

The downside to the increase in privacy is higher bandwidth usage. After all, users themselves also become proxies and have to relay the transfers of others. In addition, the anonymity feature may also slow down transfer speeds depending on how much other users are willing to share.

“We are very curious to see how fast anonymous downloads will be. It all depends on how social people are, meaning, if they leave Tribler running and help others automatically to become anonymous. If a lot of Tribler users turn out to be sharing and caring, the speed will be sufficient for a nice downloading experience,” Pouwelse says.

Another key feature of Tribler is decentralization. Users can search for files from within the application, which finds torrents through other peers instead of a central server. And if a tracker goes offline, the torrent will continue to download with the help of other users too.

The same decentralization principle applies to spam control. Where most torrent sites have a team of moderators to delete viruses, malware and fake files, Tribler uses user-generated “channels” which can be “liked” by others. If more people like a channel, the associated torrents get a boost in search results. 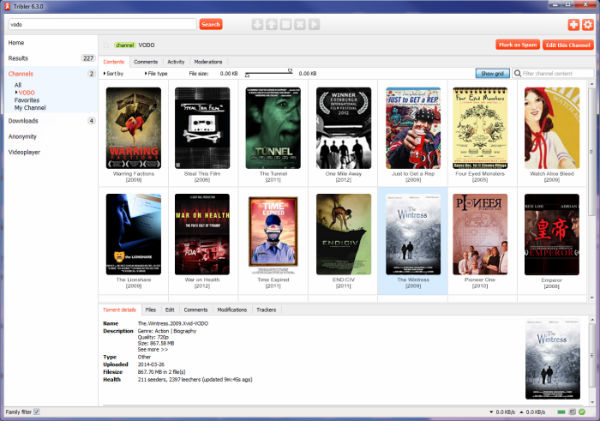 Overall the main goal of the University project is to offer a counterweight to the increased suppression and privacy violations the Internet is facing. Supported by million of euros in taxpayer money, the Tribler team is confident that it can make the Internet a bit safer for torrent users.

“The Internet is turning into a privacy nightmare. There are very few initiatives that use strong encryption and onion routing to offer real privacy. Even fewer teams have the resources, the energy, technical skills and scientific know-how to take on the Big and Powerful for a few years,” Pouwelse says.

After the Pirate Bay raid last week Tribler enjoyed a 30% increase in users and they hope that this will continue to grow during the weeks to come.

Those who want to give it a spin are welcome to download Tribler here. It’s completely Open Source and with a version for Windows, Mac and Linux. In addition, the Tribler team also invites researchers to join the project.

Warning: It’s worth noting that since Tribler users route traffic of others, people may receive infringement notices for content they haven’t downloaded personally. While tracking companies may not see what you download, they can in some cases see what traffic you transfer for others.

Update: A Tor/crypto expert points out that Tribler may need some improvements.

Update2: All the issues pointed out by the Tor/crypto expert will be addressed shortly. A few have already been fixed and a new V4.6.1
release is coming.