With more and more piracy websites getting blocked in the UK, set-top Android devices loaded with Kodi and third-party addons have become the next big thing.

When configured in the correct manner, these devices offer a bewildering amount of free content, including live TV, all the latest movies, PPVs and much more. People can easily set them up themselves, but others would rather pay someone else to do the work for them.

As a result, a whole cottage industry has sprung up in the UK, with people programming Firesticks and similar platforms to receive pirate content and selling them via eBay, Amazon, local papers and Facebook. They usually get sold for about double the price of the basic hardware but plenty of people manage to make more than £100 profit per device.

One of these outfits was known online as Oobersticks. The company offered relatively expensive devices containing a custom build of Kodi offering all the usual treats. TF is informed these boxes were shipped out only partly configured, with customers required to complete the final install themselves.

Although it’s unclear who placed it, an advert for the product which appeared over the summer explains the device’s capabilities.

“How many of you pay for Sky? BT? Netflix? Well with the OoberStick you don’t have to. It simply plugs into the HDMI port of your TV. You then have different sections,” the advert reads.

“You have sport which not only has all Sky Sports channels and BT Sport. You can watch every single Premier League match. It has thousands of movies and tv shows. All in HD quality. It really is a fantastic piece of kit.” 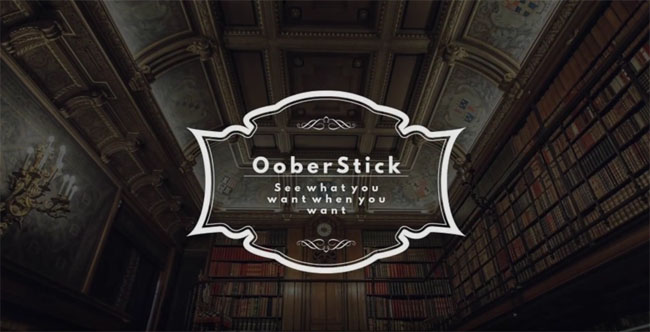 These promotional videos 1, 2 also suggest that the company may have offered (or at least resold) some kind of IPTV service. This week, however, it all came to an end.

On Tuesday morning last week at around 7:20am, police in Norfolk arrested a 32-year-old man who was a director of two companies connected with the sales of the devices. Around six officers attended, together with an individual representing Sky TV.

A source familiar with the situation, who spoke with TF on condition of anonymity, said that the police were looking for servers and potentially some kind of datacenter. The source also added that while computers, phones and other hardware were seized, the haul did not include any Android devices.

With a fraud and copyright infringement investigation underway, the man was eventually freed on police bail until a date in 2017. However, in addition to a police inquiry, he also has other issues to face.

Facebook is awash with complaints from unhappy Ooberstick customers, with many stating that the devices no longer work or otherwise failed to perform as advertised. A post (since deleted) on MoneySavingExpert.com reveals delivery problems were also an issue.

“Placed an order with oober for the oobersupreme box in November. Still haven’t received my box. Emailed them at start of the week to find out where it is. Reply stated it will be with me by the end of this week. They have now taken websites offline and removed their Facebook page. Emails are also bouncing back,” it said.

TorrentFreak understands that due to Ooberstick’s owner being served with a cease and desist order from Sky, all of the websites and Facebook pages connected with the company had to be taken down. This has resulted in some customers feeling they’ve been left in the dark. Some have reportedly sent death threats to the man and his business partner. Even his wife and her grandchild have been threatened.

Contacted by TorrentFreak, the arrested man said that he was running what he believed to be an entirely legal business. He spoke on condition of anonymity due to concern over the death threats.

“I was running a successful business which was both VAT registered in the U.K. and with Worldpay as my payment merchant. For me to get both of those, those parties have to be sure that what I was doing was legal,” he says.

“I certainly thought what I was doing was legal. Streaming for the end user is legal as nothing is being downloaded. I do believe the EU court of law ruled on that.”

According to a local media report, some customers have been successful in getting money back from their banks. The arrested man said that other customers will be refunded in advance of the company going into liquidation. However, with a money laundering investigation underway, that may be more easily said than done.