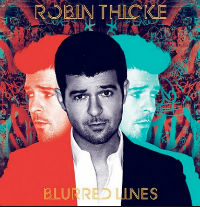 H33t, one of the largest BitTorrent sites on the Internet, slowly disappeared from the Internet last week.

After some initial confusion it became apparent that the site’s domain registrar had removed all nameservers, rendering H33t unreachable by the public. The reason for this drastic action was initially unclear but over the past week the pieces of the puzzle have fallen into place.

TorrentFreak contacted H33t’s domain registrar, the German company Key-Systems, who confirmed that they were forced to take this action following a court order.

“We have indeed been served with a court order granting a temporary injunction requiring us to ensure certain content is not made available,” Key System’s Volker Greimann tells TorrentFreak.

The injunction was obtained by Universal Music GMBH, a German division of Universal Music Group, and lists Robin Thicke’s album Blurred Lines as the infringed material. The order requires the registrar to prevent the files in question from being distributed through H33t’s search engine and tracker.

As a result, Key-Systems saw no other option than to delete the nameservers or remove the entire domain from its system. “The only way to comply with that court order was to either remove the DNS entries or delete the domain,” Greimann says.

This is the first time that a torrent site has been targeted by a copyright holder through a domain registrar. While the details of the injunction haven’t been made available to the public it sets a dangerous precedent. This is also one of the main reasons why Key-Systems is determined to fight the ruling.

“We regret that we cannot comment in detail on an ongoing legal matter that is yet to be finally decided by the court, however we are determined to get this court order lifted as soon as possible,” Greimann tells TorrentFreak.

One of the reasons H33t may have been targeted is its unique takedown policy. The site allows copyright holders to remove infringing files but charges an administration fee of $50 per takedown request. The site doesn’t comply with the DMCA, claiming that it falls outside US jurisdiction.

H33t’s owner hopes that the temporary injunction will eventually be reversed. He is surprised that it is so easy for a German court to target the property of a company that doesn’t operate under its jurisdiction.

“Quite frankly I cannot see how this decision will stand. The German court cannot have global jurisdiction to take down a site in other countries. It is an example of outdated courts making decisions in a cases where they demonstrate their high level of ignorance,” H33t’s Shelby tells TorrentFreak.

H33t meanwhile has lost nearly 25% of its traffic over the past week. The site quickly moved to the new H33t.eu domain but many visitors appear to have trouble finding the new home.