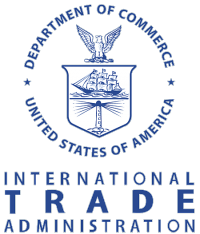 One of the main goals of the International Trade Administration is to strengthen the interests of U.S. industries around the globe.

The agency, which falls under the Department of Commerce, is committed to ensure fair trade through the “rigorous enforcement” of trade laws and agreements.

Despite its efforts, many challenges remain. In its newly released overview of top markets in the Media and Entertainment (M&E) sector, piracy is highlighted as one of the prime threats.

“Digital trade has brought attention to widespread piracy and the importance of having solid copyright laws and enforcement actions, along with educational campaigns to encourage legal consumption of M&E,” the International Trade Administration (ITA) writes.

The agency points out that it’s hard to measure exactly how much piracy is hurting sales, but states that this number is in the millions. The problem also prompted copyright holders to increase their takedown efforts.

“Piracy and illegal file sharing continue to plague the M&E sectors. It is difficult to quantify losses from piracy and to calculate piracy rates accurately. Therefore many industry groups and businesses track piracy around the clock, and online takedown notices are rising dramatically as a result,” ITA writes.

The piracy threat is a global problem and also affects business in the top export countries for media and entertainment products and services. This includes Canada, India and Brazil, where legislation or enforcement are currently lacking, according to the agency.

In India, for example, various forms of online and physical piracy are booming, despite the fact that legal sales are growing as well.

“[India] is a very challenging marketplace, with barriers, to trade such as high piracy threats to both physical and digital M&E sectors, and uncertain implementation of laws governing the M&E sectors. The IIPA reports online and mobile piracy, illegal file sharing of music, cam cording in theaters, and rampant signal piracy of pay TV content,” ITA writes (pdf).

Another large export market is Canada. While the US and Canada are much alike in many aspects, the northern neighbor’s enforcement against online piracy is lacking, according to the ITA.

“Canada has a well-developed professional sector that makes trading easier and efficient for U.S. exporters. However, there are copyright and other trade barriers for American businesses in Canada. Online infringement is high and enforcement weaker than expected.”

Brazil is the third top expert market where the US media and entertainment sector faces severe challenges. There are various trade barriers, including high taxation of foreign products and services, and piracy is also widespread.

While revenues are growing in Brazil, more work can be done to limit piracy. The Brazilian Government could lower taxes, for example, but the industry itself could also do more to increase the availability of its products.

“Circumvention devices that allow access to video game consoles are a problem for all copyright sectors. The activity is driven by high costs and taxes on entertainment and lack of a full catalogue offering to the public, some of which is a governmental problem, and some of which is caused by the industry.”

The ITA sees robust copyright laws, increased enforcement and campaigns to highlight legal alternatives, as possible solutions to these problems.

In Brazil change may come shortly, as there’s a new copyright law pending. However, not all countries are receptive to the US complaints. Canada previously responded to a similar US report, labeling it as flawed and one-sided.