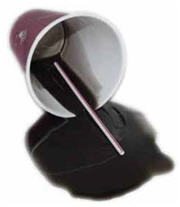 When so-called DVD screeners of the latest movies leak to pirate sites, studios are among the first to highlight the damaging effects. Often the copies are of excellent quality, a gift to millions of file-sharers worldwide but a potential headache for subsequent official distribution efforts.

While studios have had the means to track screeners back to their sources for a long time, when compared to the number of leaks it is relatively rare for industry insiders to face civil legal action. That changed yesterday when Warner Bros. Entertainment sued talent agency Innovative Artists.

In a lawsuit filed in a California federal court, Warner accuses the agency of effectively setting up its own pirate site, stocked with rips of DVD screeners that should have been kept secure.

“Beginning in late 2015, Innovative Artists set up and operated an illegal digital distribution platform that copied movies and then distributed copies and streamed public performances of those movies to numerous people inside and outside of the agency,” the complaint (pdf) reads.

“Innovative Artists stocked its platform with copies of Plaintiff’s works, including copies that Innovative Artists made by ripping awards consideration ‘screener’ DVDs that Plaintiff sent to the agency to deliver to one of its clients.”

Given its position in the industry, Innovative Artists should have known better than to upload content, Warner’s lawyers write.

“The actions Plaintiff complains of are blatantly illegal. That illegality would be obvious to anyone, but especially to Innovative Artists, a talent agency that claims to promote the interests of actors, writers, directors and others whose livelihoods depend critically on respect for copyright,” the complaint adds.

Only making matters worse is the fact that some of the DVD screeners ripped by the agency leaked out beyond its platform, which was actually a shared folder on its Google Drive account.

According to the complaint, Warner Bros. discovered something was amiss when content security company Deluxe Entertainment Services advised that screener copies of Creed and In the Heart of the Sea had appeared on file-sharing sites.

Both movies were made available by Hive-CM8, a release outfit responsible for many leaks during December 2015. Crucially, both contained watermarks that enabled them to be tracked back to the source.

“Because the screeners were ‘watermarked’ — embedded with markers that identified their intended recipients — Plaintiff traced the copies to screeners that Plaintiff had sent to an Innovative Artists client, in care of the agency,” the complaint notes.

“Instead of forwarding the screeners directly to its client, Innovative Artists used illegal ripping software to bypass the technical measures that prevent access to and copying of the content on DVDs. Innovative Artists then copied the movies to its digital distribution platform, where those copies became available for immediate downloading and streaming along with infringing copies of many other copyrighted movies.”

While the allegations are damaging enough already, they don’t stop there. The complaint alleges that the agency also gave others access to the screeners stored on Google Drive in return for access to other titles not yet in its possession.

Update: Innovative Artists has issued an apology (via Deadline)

Innovative Artists has fully cooperated with Warner Bros. from the first moment Warner Bros. informed Innovative that two award screener movies had been found on an Internet bit torrent site in December 2015.

As Warner Bros. well-knows, Innovative management immediately shut down all access to award screeners in December 2015 and Innovative immediately ceased any further activity that is the subject of the complaint.

Warner Bros. is well aware, from its past experience with other industry entities, the sharing of award screeners is commonplace within the Hollywood community. Innovative was surprised, given its full cooperation with Warner Bros. investigation, that the complaint was filed without any communication from Warner Bros. without any prior contact with Innovative to resolve the claims.

Notwithstanding that fact, Innovative is sorry for the improper sharing of the screener movies and will seek to resolve this matter with Warner Bros. on fair and reasonable terms as soon as possible. Innovative will have no further comment on this matter.