When Pirates Pay, They Pay Good 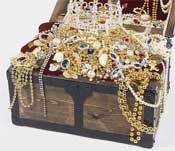 Steal This Film 2 is produced by “The League of Noble Peers”. Part 2 is already a great success with over 150,000 downloads in the first 4 days. Interestingly, people are being very generous with their donations, which have already passed $5000.

When Part 1 was released, “The League of Noble Peers” asked downloaders to donate $1 (or more) if they wanted to support the project. Unsurprisingly, the vast majority donated just that. However, for the new release the majority donated $15 or more. Why? Well it could be that donators were motivated by a mystery gift they were offered when they gave more than $15, but there are alternative explanations as to why pirates may be more generous than people assume.

Jamie King, producer of the film gives the following explanation on his blog: “Over 90% of people donating are deciding to go over the artificial $15 threshold we set. But I don’t think people literally ‘want that gift’; I think they want an excuse to be generous!”

This could be true, the people who donate (still only a small percentage) are obviously dedicated to the cause, but there is more. It could also be that they donate more because they now don’t have an excuse to donate only $1, even pirates don’t want to look miserly. Most importantly perhaps, is that it shows that it can be wise to avoid psychological reactance, and leave the choice about what to donate or spend on a film or a music album up to the consumer. It is a challenge to build business models around free will and free content, but the Steal This Film project shows that there are opportunities.

Another interesting point raised by Jamie in his post is the need for alternative payment models. Sure, PayPal works but they take away too much money – it’s replacing one money sucking middleman with another. Take the Radiohead release for example, you could get the album virtually for free, but you still had to pay the credit card company nearly $1. This is probably why most people decided to pirate the album, instead of getting it for “free”. It seems that The Pirate Bay agrees on this, as they are working on a p2p based payment model that will probably be released by the and of this month.

TorrentFreak briefly talked to Brokep about this upcoming project a while ago, unfortunately we are not allowed to give you any more details, but it’s certainly an interesting project with a lot of potential. Brokep did reveal a bit on Jamie’s blog as he said: “I think that people will pay if there’s a simple solution. The payment solutions of today are not built for the new, network economy â€” they’re built around the old one. As we move away from the old economy, we’re here without a new payment solution.”

We will definitely keep you informed on this upcoming project. BitTorrent opens up possibilities for independent filmmakers. Distribution costs are now non-existent, and new business models are slowly starting to emerge. The future of film making looks bright and will be in part funded and formed by the innovators who were once called pirates.