We first wrote about Xtorrent in September of last year while it was still in private beta, then went on to review the first public beta.

Since then, a lot has changed. As expected, a lot of bugs have been stomped out and the overall performance of the app has been improved. Significant new features include a redesigned swarm column, drag-and-drop support, the ability to browse the file structure of torrents, RSS (torrentcast) support and multi-tracker support.

The most prominent new feature Xtorrent has gained is an in-built RSS catcher. This makes it easy for users to subscribe to BitTorrent feeds right inside the application, instead of having to use a separate RSS reader and then manually (or automatically, depending on your ‘autodownload’ settings) add the torrents to Xtorrent.

Many people seem to be outraged at the fact of paying for a BitTorrent client, but it seems Xtorrent has a lot going for it. Other than Azureus, it’s the only Mac BitTorrent client that can subscribe to RSS feeds, and the only one that can do so without a plug-in. It’s also the only stable client for the Mac with in-built search. BitRocket was the first to implement this, but is still very buggy and crashes often.

David Watanabe, the developer of Xtorrent, says that the first non-beta release is “on the horizon” and that he expects to release it within the next few weeks. The third public beta is pretty stable and doesn’t seem to have any bugs, but Watanabe nevertheless warns that there might “likely [be] undiscovered bugs.” He is currently offering Xtorrent at a discounted pre-release price of $15.89. Once 1.0 is released, the price will go up to $18.99.

Note: Xtorrent is free to use for now, and doesn’t require a license. But despite the fact that it’s a useful app with a sexy UI, it has yet to replace Transmission (beta) as my primary BitTorrent client. I have a soft spot for FOSS. 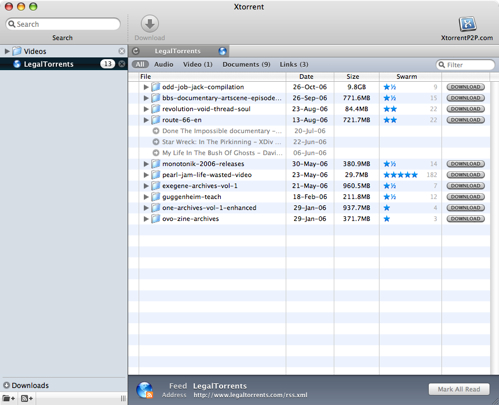 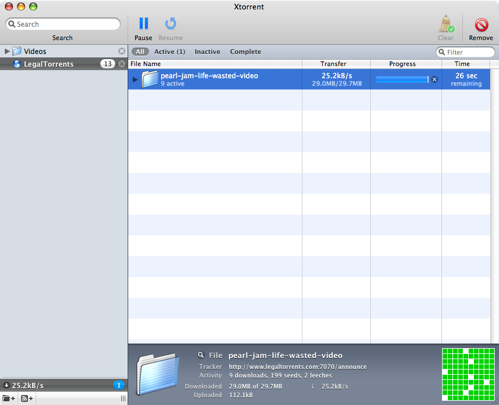