YouTube is known to be a breeding ground for creators. At the same time, however, it’s also regularly used to share copyrighted material without permission, including full-length films.

If these “pirating” YouTube users are caught they generally get a slap on the wrist by Google, or have their YouTube accounts terminated at worst. Sometimes, however, rightsholders can take things a bit further.

This is what happened in Germany, where a German filmmaker went after three YouTube users. These account holders had uploaded two movies without permission, which were then viewed thousands of times.

Through a local court, the filmmaker tried to obtain the identity of the alleged infringers, presumably to take further action. It demanded that Google and YouTube should share the emails, IP-addresses, and phone numbers that were tied to these accounts.

Initially, this request was turned down by the Frankfurt District Court, but the Higher Regional Court recently ruled that YouTube has to hand over the associated email addresses. The video streaming service is not required to hand over the IP-addresses or phone numbers, however.

The reasoning for this decision (pdf) is based on Article 101 of the German Copyright Act. The law specifies that a service provider can be ordered to hand over the name and address of an infringer.

The legislation, put in place in 1990, specifically references “written” communication and while it doesn’t mention email, the court argued that email addresses are covered.

The same reasoning doesn’t apply to IP-addresses. Although they have the term “address” in the name, they can’t generally be used to send a written message to a person, at least not directly.

“In the case of IP addresses – despite the word component ‘address’, this is not an ‘address’, since the IP address does not have any communication function, and it serves solely to identify the terminal from which a particular web page is accessed,” the Court clarifies. 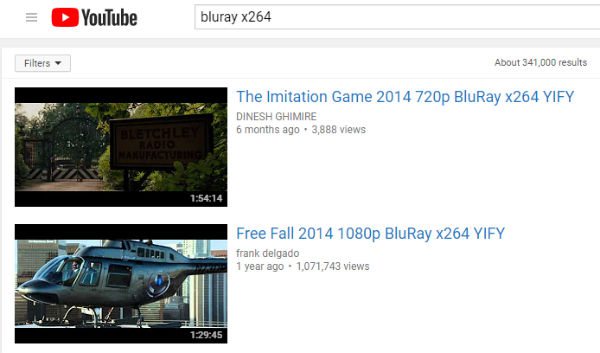 The judgment of the Higher Regional Court is not yet legally binding. Golem reports that, due to the importance of the case, the Federal Court of Justice has to review it first.

For the filmmaker, the ruling comes as a disappointment since an email address alone is probably not enough to identify the infringer in question.

This doesn’t necessarily mean that there are no other options. In the United States, it’s relatively easy to obtain information from copyright infringers with a DMCA subpoena, for example.