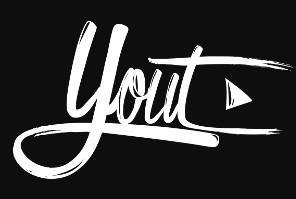 In recent years website blocking has become one of the most widely-used anti-piracy enforcement mechanisms in the world.

The process was pioneered in Denmark over a decade ago and was optimized and expanded in the following years.

For example, all major ISPs signed a voluntary agreement to block a site when there’s a court order against one provider. Also, in 2018 the Scandinavian country became the first country to block so-called YouTube rippers.

Last summer a new court order was issued following a complaint from the anti-piracy group Rights Alliance. This order targeted a new set of YouTube rippers, including Converto and MP3-YouTube. Interestingly, however, the court deferred the judgment against Yout.com, which decided to intervene in the case.

This type of intervention is quite unusual. Blocking cases are generally between copyright holders and ISPs. Although the affected sites are notified, they generally don’t get involved.

Yout operator John Nader chose a different path, one that was already forecasted four years ago in an interview on Reddit. Responding to potential copyright issues, Nader said the following.

“You may be right, and I may not see the gravity of the situation I am in. But if I get to the point where this becomes an issue, I will fight for a cause I believe in, and I’m content with that.”

A few years later, Nader boarded a plane to Denmark, to defend his site, without a lawyer. This trip turned out to be in vain, as Rights Alliance provided Nader with the wrong date for the hearing, but the case went on.

The Yout operator eventually hired a lawyer and defended his site in court. Among other things, he argued that Yout never stores any copyright-infringing content on its servers. It merely offers a ‘pipeline’ to enable users to grab YouTube audio or video.

This stance was backed up by an extensive expert testimony from Luis Peter Wahl Knudsen, who works as a technical manager at the Danish software company Minuba.

“From the analysis of the source code for Yout.com’s recording function, it can be concluded that Yout.com does not contain any functionality which stores/saves content from media sources on Yout.com’s servers,” he informed the court last November.

Yout’s witness didn’t deny this but stressed that the technical protections are rather weak, reiterating once again that Yout doesn’t store any files. Rights Alliance, for its part, said that Nader was well aware of the potential copyright complications while pointing to the Reddit interview we mentioned earlier.

After reviewing the positions from both sides, the court agreed with Rights Alliance. In an order issued last month, Judge Kinna Eidem orders Internet provider Fibia to block Yout.com.

“The Court finds that Yout.com, by means of the method described, in breach of the exclusive rights held by the holder, is making protected works available to a new public by means of a new technical method whereby they are communicated to the public.

“The Court also finds that Yout.com, via its mode of operation, plays an essential role in the communication of protected works,” the order adds. 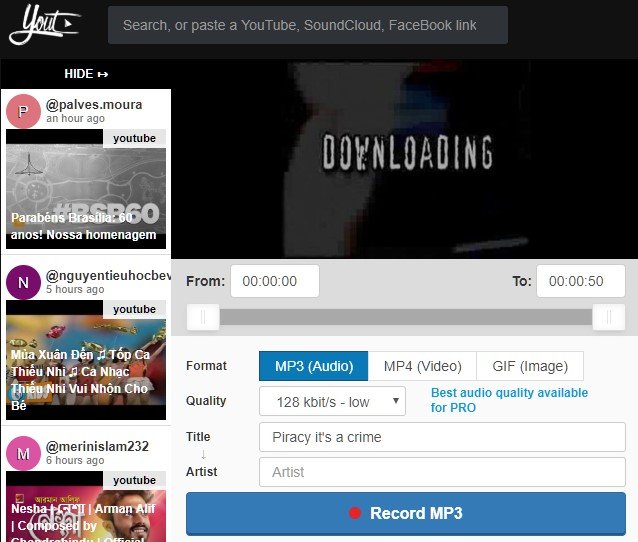 According to Judge Eidem, Yout.com helps users to retrieve files from YouTube and store these on their computers. As such, it is classified as a “stream ripping service.” The defense argued that Yout.com should be seen as a recording tool, similar to Xbox Game Bar, but the court disagreed.

“This facilitation is not comparable to the recording functions found in e.g. Xbox Game Bar, whereby the users, in real-time, can record what is being played locally on the users’ own computer,” the order reads.

Judge Eidem also highlighted Google’s testimony, which makes it clear that users are not allowed to access protected YouTube videos. Yout.com, however, offers a tool to do just that, by circumvention the technical protection measures.

In addition to granting the blockade, Yout.com is also ordered to pay the legal feeds of Rights Alliance, which total roughly $4,350 (30,000 DKR). Nader’s request to be compensated for his pointless trip to Denmark was denied, however, as the defense failed to provide more details on the incurred costs.

TorrentFreak reached out to Nader, who is disappointed with the verdict but prefers not to comment on the matter at this time. Yout.com, meanwhile, is blocked by all major Danish ISPs now.

In addition to the Danish case, Yout.com also appealed a blocking decision in Italy on similar grounds. This appeal was rejected last summer. A final decision is not expected to be released before the end of the year but, meanwhile, the site remains blocked in Italy.