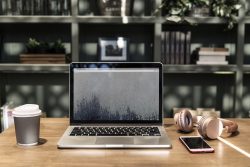 While millions of users still obtain pirate music from peer-to-peer platforms such as BitTorrent, in recent years a new challenge has appeared on the horizon.

Sites like YouTube, which offer millions of copies of almost every song imaginable, are now an unwitting player in the piracy ecosystem. Every day, countless people use special tools to extract music from video tracks before storing them on their local machines.

This so-called ‘stream-ripping’ phenomenon is now cited as being one of the greatest piracy threats to the record labels but thus far, no single action has been able to stem the tide.

Over in Denmark, however, there has been a breakthrough of sorts following action by local anti-piracy outfit RightsAlliance taken on behalf of IFPI, collecting society KODA, the Danish Artist Union, and the Danish Musicians Association.

The action targeted Convert2MP3, a site that allows users to download audio and video from platforms including YouTube. The recording industry groups wanted the stream-ripping platform blocked by Internet service providers in Denmark but first, they needed it to be declared illegal in the country. That decision came last week from a court in Frederiksberg.

“The result of the case is historic, as it is the first time worldwide that a stream-ripping service has been ordered to be blocked,” Rights Alliance said in a statement.

“It also proves that the activities of Rights Alliance are compliant with developments on the Internet, where illegal services constantly find new ways to exploit rights illegally. The case thus illustrates the importance of the technology-neutral approach in the Alliance’s blocking work.”

Rights Alliance Director Maria Fredenslund says that the ruling creates clarity for users, who until now may have considered that sites like Convert2MP3, which are used alongside digital platforms such as YouTube or Spotify’s free tier, operate legally.

“It is clear that you can quickly be cheated to believe that free music means that you have the right to do what you want,” Fredenslund says.

Convert2MP3, which claims on its website to be based in Germany, did not respond to TorrentFreak’s request for comment. However, the decision against it has the potential to have wider implications across the region.

Back in 2016, YouTube-MP3, the world’s largest YouTube-ripping site (also based in Germany), was sued in the United States by IFPI, RIAA, and BPI. However, that ended in a settlement agreement rather than a full trial, so the case was never decided on the merits.

The decision of the Danish court against Convert2MP3 is likely to be referenced in future blocking cases around Europe, where stream-ripping is seen as a major threat to the recording industries and more serious than traditional peer-to-peer piracy.

Update: We asked Rights Alliance for some additional information on the case and lawyer Thomas Heldrup just responded as follows:

“Convert2MP3 were given the chance to defend themselves on several occasions – this is imperative to our work, where we always try to stop the illegal actions at the source. Convert2MP3 never replied to our messages about the case including the date, time and place for the hearing of the case.

“After the conversion process Convert2MP3 saves a copy on their servers in France for at least 4 hours.”