While many new pirate sites have a profit motive right from the start, simply getting a service up and running can be fun challenge for those with the right skills.

For operators with disposable income, a free-to-use site can offer all kinds of rewards other than money.

Building a community, meeting new friends, and doing something a little unusual can all yield rewards that money can’t buy. But the reality for most is that money doesn’t grow on trees and adulation from fans doesn’t pay website bills.

AnimeKisa’s domain appeared late 2018 but it took many months before it gained traction. Offering anime, Japanese animated productions that everyone seems to crave these days, the site then began to grow, with the earliest records from the Wayback Machine indicating that AnimeKisa sought to fund itself through donations. 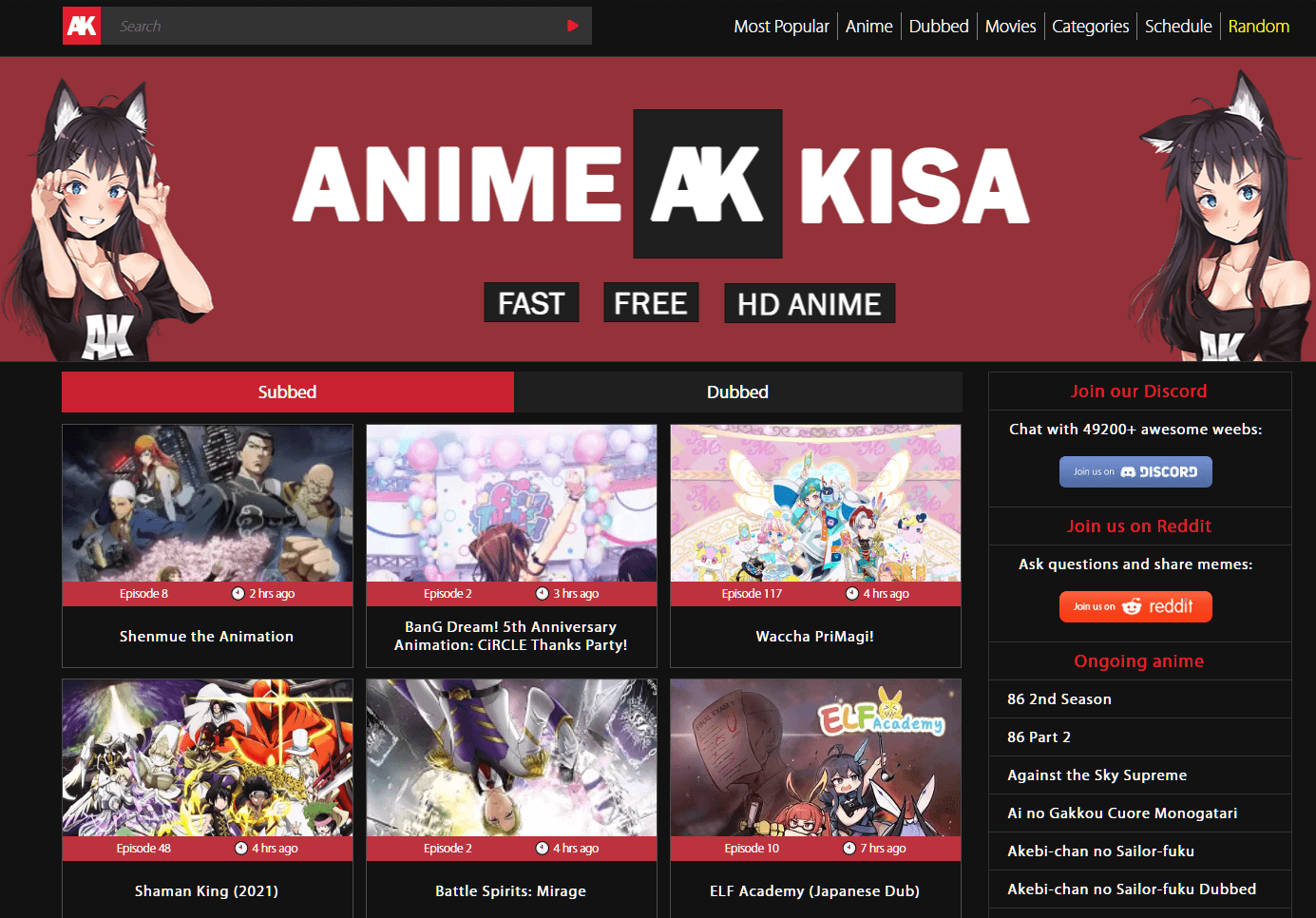 “Help to keep us running Ad-Free,” the old text read, indicating a target of $150 per month and donations thus far of $60.

Whether that monthly target was ever reached or exceeded is unknown but in common with many similar platforms, advertising was later added to the site. In many cases, ads are enough to keep a site alive but at some point it became clear that AnimeKisa’s users would prefer not to see lots of ads, if any at all.

It’s a conundrum faced by many pirate sites. Despite having relatively minimal costs, sites need to generate at least some money. Since most pirates (being pirates) prefer not to pay to access ‘free’ content, advertising becomes part of the business model. But pirates tend not to like adverts either so they either block them or put pressure on sites to have them removed.

According to an AnimeKisa announcement this week, it removed most ads about 18 months ago. Traffic estimates from SimilarWeb show a site in good health, with between 18 to 21 million visits per month in 2022 and a popular sub-Reddit and Discord channel for discussion. None of that could force people to donate, however. 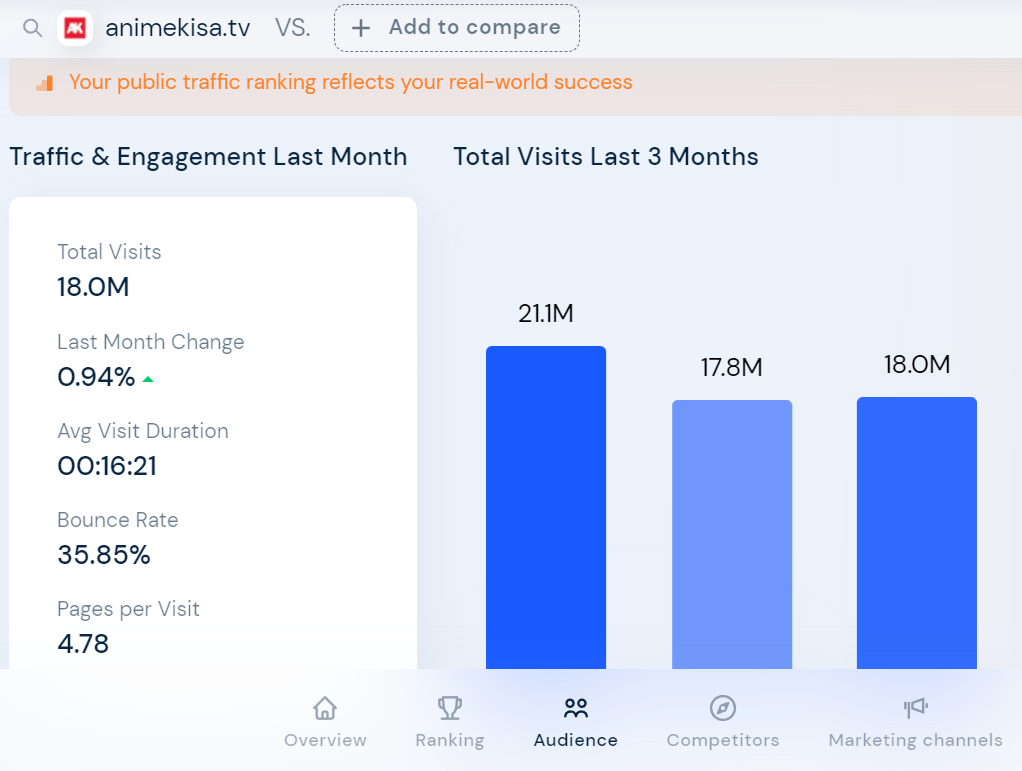 “If you’ve been here since a few months ago, you probably remember us running a donation campaign. Ever since we removed ads a year and half ago (excluding third-party ones that are impossible to remove), AK’s wallet dried up, thanks to your donations we were able to extend AKs life for a few months,” the announcement reads.

“It has been 3 long years, it was great while it lasted, but AnimeKisa is never coming back online.” 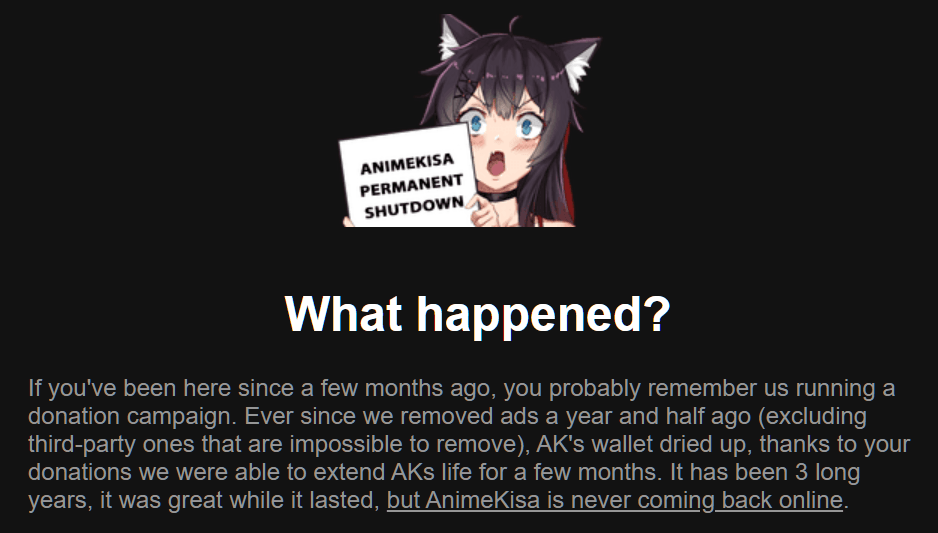 The shutdown of the site appears to be controlled. Although it cannot be discounted, there is no mention of external pressure as a factor in AnimeKisa’s closure. Of course, complaints from copyright holders are a fact of life for pirate sites and AnimeKisa was no exception.

Over the past few months alone, entities including MX International, VIZ Media, FUNimation, Aniplex, Madman Entertainment, and Toei have all filed DMCA takedown notices with Google and will probably continue to send them, even after the platform’s demise.

AnimeKisa Clones Are Not Advised

People searching for the AnimeKisa brand on Google will find no shortage of sites with the same name but AnimeKisa’s operators advise people against using them.

“Copycats of AnimeKisa are out there, they are frequently infested with the worse type ads [sic]. AnimeKisa may be shutting down, but do not use bottom of the barrel copycat websites as there are much better alternatives,” they note, listing a few alternatives as much better options.

The ads deployed by “bottom of the barrel” pirate sites allow them to stay online but that can indeed be to the detriment of users. Ads can be blocked in many cases, of course, but that leads to less money for their operators and a decreased desire to keep them going, if at all.

It’s a problem that has no simple solution so will remain part of the piracy conundrum. Even when content is ‘free’, websites cost money to run.