As part of a ongoing campaign to crack down on Internet-based piracy, Bulgaria’s organized crime unit targeted two of the country’s largest BitTorrent trackers at the weekend.

Officers from the National Directorate for Combating Organized Crime said they raided a total of three locations in the western city of Pernik, the central northern city of Gabrovo and the capital Sofia. The aim: stop the illegal distribution of music and movies.

Although not directly named in yesterday’s Interior Ministry announcement, the action was targeted at P2PBG and Elit-BG, sites with combined userbases of at least 750,000 members.

P2PBG alone had more than 600K members but the exact userbase of Elit-Bg is unclear since a database issue last year caused them to ‘lose’ 200K members. Nevertheless, their popularity placed them in the country’s top 5 most popular torrent sites.

Picture of raids from bTV 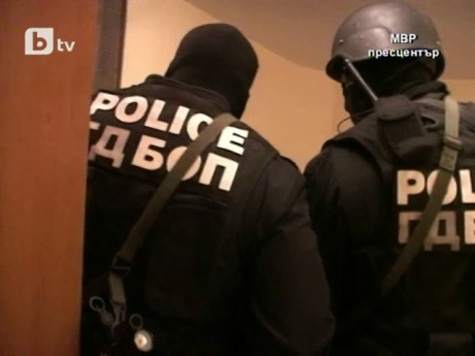 The authorities say that they have arrested two individuals, allegedly the sites’ owners. According to the Interior Ministry, one of them is “a minor”. TorrentFreak is informed that he is a teenager, just 17-years-old.

While computer equipment and other hardware is said to have been seized, that does not appear to include site hardware. Both sites remain up on the same host located outside the country in Germany. Access to their trackers, however, has been disabled.

A notice on P2PBG declares: “Access to the torrent section is disabled for all users. Please save your angry comments.”

The Interior Ministry described the raids as “another successful operation” in the Ministry of Culture’s overall plan to crack down on copyright infringement.