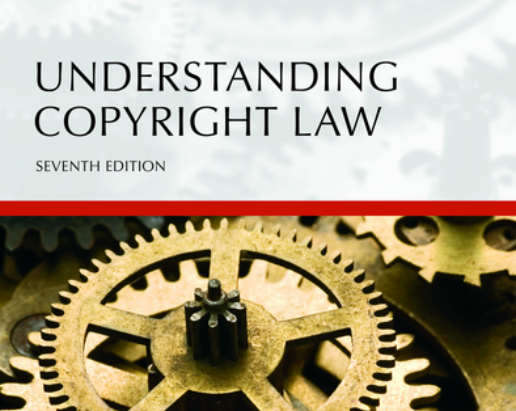 Free access to information is a broadly held ideal, but when students have to pay for their textbooks, it’s far from reality.

Getting a proper education certainly isn’t cheap. As a result, many students have found shortcuts in pirate sites such as Libgen and Z-Library.

In addition, pirated books are also regularly shared between students or resold through online marketplaces. The latter can lead to a lucrative revenue stream, but certainly not without risk.

Yesterday a 26-year-old Danish man was convicted in a criminal case, following an investigation by anti-piracy group Rights Alliance. The man was found guilty of offering 29 textbook pdfs for sale through local online marketplace DBA.

While a criminal conviction doesn’t look good on one’s resume, the textbook seller won’t have to serve a custodial sentence. Instead, the court issued a 10-day suspended prison sentence.

Rights Alliance is pleased with the deterrent message sent by this criminal conviction. While the punishment may not scare hardened criminals, it confirms that selling pirated textbooks is a crime.

Rights Alliance director Maria Fredenslund welcomes the outcome while stressing that more must be done to change the ‘unhealthy’ pro-piracy culture among students.

Last year, a student survey found that nearly half of all students who use digital textbooks get their copies through illegal means.

“Unfortunately, we see an unhealthy culture in higher education, where every other student has acquired study books illegally. This means that a large part of Denmark’s youth is willing to break the law,” Fredenslund says.

Most students are well aware that selling and pirating books is against the law. However, 68% still find it acceptable to share digital textbooks with friends or other students.

This type of sharing isn’t a fad; it appears to be ingrained in the educational culture. The chart below shows that piracy is by far the most common method to obtain digital textbooks, beating legal options. 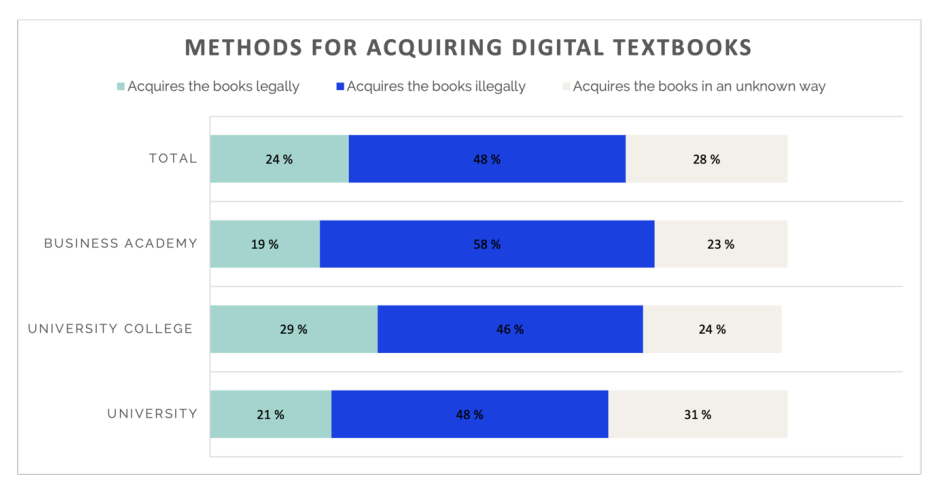 Rights Alliance is calling for a thorough culture change and is actively engaging with educational institutions to see what can be done. The anti-piracy group has already launched some informational campaigns, but they failed to produce the desired outcome.

This week’s conviction of the textbook seller is not the first. Similar suspended prison sentences have been handed down in previous Danish textbook piracy cases.

Rights Alliance says it is important to confirm that these activities are illegal. However, as the survey showed, most students are already well aware of the legal angle, but continue to share textbooks nonetheless.

It seems that the high cost of textbooks is a major driver of this activity, but there are indications that prices will fall. On the contrary, widespread piracy could make textbooks even more expensive, effectively creating a vicious piracy cycle.

Pia Vigh, Head of the Secretariat for Danish Education Publishers, hopes that the broader educational system will put the piracy issue on the agenda. If not, it may become increasingly expensive to publish Danish textbooks.

“The management, lecturers, and tutors must take responsibility and make the students understand that it ultimately affects themselves, their professionalism and their study environment if they share study books illegally,” Vigh says.

The question is whether students can be convinced that copyright and their study environment are more important than their own wallets.