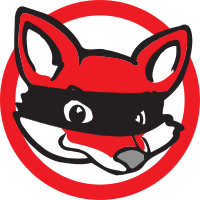 For a long time UHD Blu-Ray discs have been the holy grail for movie rippers.

Protected by the ‘unbreakable’ AACS 2.0 encryption, pirates were left with regular HD releases. While that’s fine for most people, it didn’t sit well with the real videophiles.

This year there have been some major developments on this front. First, full copies of UHD discs started to leak online, later followed by dozens of AACS 2.0 keys. Technically speaking AACS 2.0 is not confirmed to be defeated yet, but many discs can now be ripped.

This week a popular name jumped onto the UHD Blu-Ray bandwagon. In its latest beta release, AnyDVD now supports the format, relying on the leaked keys.

The involvement of AnyDVD is significant because it previously came under legal pressure from decryption licensing outfit AACS LA. This caused former parent company Slysoft to shut down last year, but the software later reappeared under new management.

Based on reports from several AnyDVD users, the UHD ripping works well for most people. Some even claim that it’s faster than the free alternative, MakeMKV.

The question is, however, how long the ripping party will last. TorrentFreak has learned that not all supported Blu-Ray disc drives will remain “UHD-friendly.”

According to one source’s information, which we were unable to independently verify, device manufacturers have recently been instructed to patch the holes through firmware updates.

This indeed appears to be what’s happening. According to several user reports, LG’s WH16NS40 is no longer able to read and rip UHD Blu-Rays after the most recent firmware change.

So, while ripping tools such as AnyDVD are joining in to support UHD ripping, AACS LA and disc drive manufacturers appear to be patching security holes. But whatever they do, rippers are unlikely to stop their efforts until they’ve reached the holy grail.