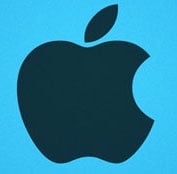 As part of an emerging crackdown on tools and systems with the ability to bypass China’s ‘Great Firewall’, during the summer Chinese government pressure began to affect Apple.

During the final days of July, Apple was forced to remove many of the most-used VPN applications from its Chinese App Store. In a short email from the company, VPN providers and software developers were told that VPN applications are considered illegal in China.

While the position on the ground doesn’t appear to have changed in the interim, Apple Chief Executive Tim Cook today expressed optimism that the VPN apps would eventually be restored to their former positions on China’s version of the App Store.

“My hope over time is that some of the things, the couple of things that’s been pulled, come back,” Cook said. “I have great hope on that and great optimism on that.”

According to Reuters, Cook said that he always tries to find ways to work together to settle differences and if he gets criticized for that “so be it.”

Speaking at the Fortune Forum in the Chinese city of Guangzhou, Cook said that he believes strongly in freedoms. But back home in the US, Apple has been strongly criticized for not doing enough to uphold freedom of speech and communication in China.

Back in October, two US senators wrote to Cook asking why the company had removed the VPN apps from the company’s store in China.

“VPNs allow users to access the uncensored Internet in China and other countries that restrict Internet freedom. If these reports are true, we are concerned that Apple may be enabling the Chinese government’s censorship and surveillance of the Internet,” senators Ted Cruz and Patrick Leahy wrote.

“While Apple’s many contributions to the global exchange of information are admirable, removing VPN apps that allow individuals in China to evade the Great Firewall and access the Internet privately does not enable people in China to ‘speak up’.”

“American tech companies have become leading champions of free expression. But that commitment should not end at our borders,” Leahy told CNBC.

“Global leaders in innovation, like Apple, have both an opportunity and a moral obligation to promote free expression and other basic human rights in countries that routinely deny these rights.”

Whether the optimism expressed by Cook today is based on discussions with the Chinese government is unknown. However, it seems unlikely that authorities would be willing to significantly compromise on their dedication to maintaining the Great Firewall, which not only controls access to locally controversial content but also seeks to boost the success of Chinese companies.