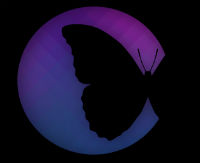 Over the years BitTorrent Inc. has acquired a dominant position with their two BitTorrent applications, uTorrent and the Mainline client. The two clients have over 100 million active users a month and this number continues to increase.

There is no doubt that BitTorrent’s user base is impressive, but there is still a lot of untapped potential. Both uTorrent and BitTorrent’s mainline client have a relatively large bounce rate. That is, a large number of new users try the software a few times, but don’t become regular users.

“During 2010 less than a third of new client downloads resulted in a new monthly active user,” BitTorrent’s Simon Morris told TorrentFreak. “Plenty of people download and install the client, but can’t figure out how to use it, and then uninstall it very quickly,” he added.

To change this, BitTorrent Inc. have been working on a new project with the aim of keeping those users on board. Today marks the release of the first Alpha version of this new client – codenamed project Chrysalis.

“The best products out there don’t have any significant educational hurdles – it is just obvious how they work. This is what we’re ultimately aiming for with this new project, although it will take time to get there. The client we’re releasing today is just a starting point,” Morris told us. 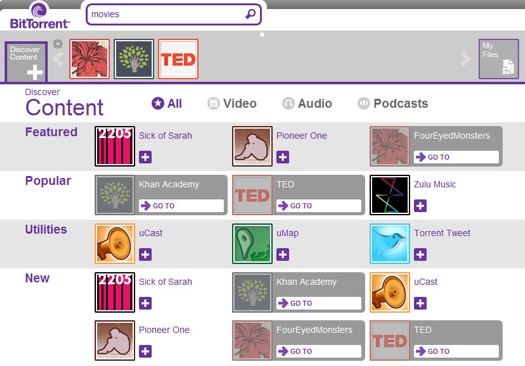 Today’s release is a very early Alpha, but it should give a good indication of where BitTorrent Inc. is going with their new client. By default it is filled with several prominently placed ‘apps’, such as those from TED and VODO, which provide access to downloads. This means that users will see content right away when they start the client

One of the main reasons why some users don’t come back to the client is a perceived lack of content. New users sometimes don’t know where to find content so the current version of Chrysalis should address this issue to some degree. In addition, the simplified user interface should be more welcoming to people who are new to BitTorrent.

Overall the Chrysalis client behaves quite intuitively. Downloads are added by a single click and show only basic information. Once a download is finished media files can be launched in a media player directly from the app. Starting, stopping and removing files can be done with a single click as well.

The client is built on the uTorrent v3.0 codebase but in the future new and unique features will be added as well.

“The first project Chrysalis beta is aiming at cleaning up the overall user experience and transforming a technical and data-rich experience into a cleaner more media-rich experience. This in itself will not be sufficient to solve the attrition problem, but we hope it will establish a new platform on which to build,” Morris said.

Another subtle change compared to the BitTorrent Mainline client is the more prominent placement of the search box. Users can type in search terms here and are, interestingly enough, redirected to a Google search for torrents. A surprising move, since Google just banned the words ‘uTorrent’ and ‘BitTorrent’ from some of its services.

Chrysalis is not intended for the more experienced BitTorrent user, but BitTorrent hopes it will appeal to a wider audience than their other clients do now. If all goes well, the dummy-proof client will completely replace the current Mainline client, which currently is a clone of uTorrent.

Time will tell whether this approach will be effective. Luckily, uTorrent users don’t have to panic as TorrentFreak is assured that their favorite client will always be available and developed separately. The Alpha release of Chrysalis is available for download starting today, currently limited to Windows operating systems.