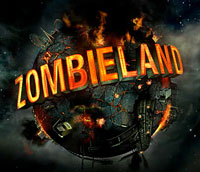 Yesterday we wrote about the makers of the film Ink, who thanked piracy for promoting their film. “We’ve embraced the piracy and are just happy Ink is getting unprecedented exposure,” they said.

Ink was downloaded more than 400,000 times last week and ended up in fourth place in our weekly chart of most downloaded movies on BitTorrent, where Zombieland occupied the top spot.

However, unlike the makers of Ink, Reese is not pleased with this achievement, claiming that this piracy disaster may very well prevent a Zombieland sequel from being shot. “Beyond depressing. This greatly affects the likelihood of a Zombieland 2,” he wrote.

Reese’s comments are the classic Hollywood response we wrote about yesterday. Piracy is causing billions of dollars in lost revenue and prevents new movies from being funded, is the doomsday scenario they often paint. But is there any truth in this hunch, or is it just another Hollywood performance? Facts seem to support the latter.

More piracy is not necessarily linked with a drop in box office grosses or DVD sales. ‘The Dark Knight’, which was the most downloaded movie on BitTorrent in 2008 sold millions of DVDs, and grossed a record breaking billion dollars in cinemas worldwide. But what about Zombieland?

The Hollywood Insider wrote that the movie is “alive and kicking” at the box office, putting its success down in part to “strong word-of-mouth”. The release also marks the most successful debut of Woody Harrelson’s career, hitting the No.1 spot and taking $9.4m on its first day and a worldwide $84m to date – all this on a production budget of less than $24m.

Zombieland grossed more than $60.8 million in 17 days, even surpassing the remake of the Dawn of the Dead to become the top-grossing zombie film in history. That does not really sound like something that will prevent a sequel to us.

On the contrary, if anything success on BitTorrent has a direct relation with success at the box office. Since unauthorized ripped versions of virtually all movies appear on the Internet nowadays, it would be a really bad sign if no pirate would want to download it.

But of course, Reese and others could still argue that they would have made even more money if there was no piracy. There are no hard facts to refute this, but with the box office revenue steadily increasing since P2P file-sharing became mainstream, it has to be doubted as well. The same can be said for the claim that less films receive funding.

As many independent filmmakers have already experienced, BitTorrent and the Internet in general can be a boon to the film industry. Instead of seeing it as a threat Hollywood might want to embrace it before it’s too late. 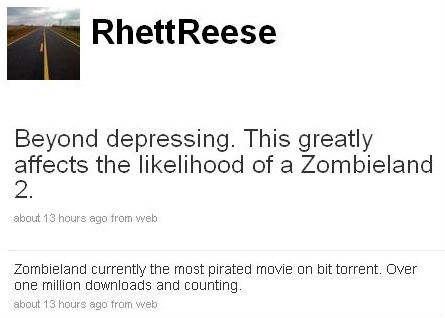 There are 259 comments. Add yours?