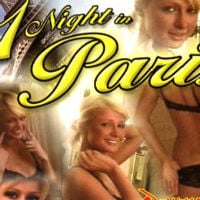 BitTorrent lawsuits have been popping up everywhere in the United States in recent months, especially from companies dealing with adult content. They have embraced this new revenue stream by the dozen.

Through these mass lawsuits the copyright holders are trying to obtain the personal details of BitTorrent users who allegedly shared their material online. Once this information is handed over, they then offer the defendant the oppotunity to settle the case for a few hundred dollars, thereby avoiding a full trial.

In the United States the judicial system is currently being overloaded with new cases, and it has reached a point where it’s virtually impossible to track every new case introduced. However, one case filed recently stands out from the rest, as it concerns one of BitTorrent’s most downloaded videos ever.

The Paris Hilton Sex Tape, officially released in 2003 and currently owned by XPAYS Inc., is now the subject of a new round of lawsuits. The motion picture, as it’s referred to in court documents, is still being shared among thousands of users every week and 843 alleged downloaders have now been sued at the District Court of Central California.

XPAYS claims that they “spent a substantial amount of time, money and effort to produce, market and distribute” the film, and that their profits are now dwindling due to mass copyright infringement. In addition, they claim that the illegal distribution is a threat to minors, since the illegal copies can be downloaded without age verification.

Aside from the noble deed of protecting minors, most of the complaint deals with the losses and irreparable harm BitTorrent users have caused the company. This is in line with most other complaints we’ve seen so far. A special section and several attached ‘exhibits’ further show that XPAYS is the legitimate copyright holder of the sex tape.

In the hope of stopping ‘copyright trolls’ such as XPAYS, the Electronic Frontier Foundation (EFF) filed an amicus brief last week in which it asks an Illinois judge to quash subpoenas issued in pay-up-or-else lawsuits involving alleged illegal file-sharing of pornography.

“Copyright owners have a right to protect their works, but they can’t use shoddy and unfair tactics to do so,” said EFF Intellectual Property Director Corynne McSherry. “We’re asking the court to protect the rights of each and every defendant, instead of allowing these copyright trolls to game the system.”

Despite the increasing resistance, both from judges and opponents of the lawsuits, we expect that similar cases will continue to be filed for the time being simply because they have the potential to be extremely profitable. XPAYS for one is determined to continue legal action against those sharing the Paris Hilton Sex Tape and says it will keep monitoring BitTorrent networks for further infringements.