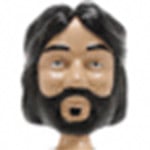 During the past ten years enforcement of copyright in the online space has changed dramatically for UK citizens. The landmark prosecution of iconic file-sharing site OiNK may have failed in 2010, but it ushered in a determination to find new ways of bringing pirates to justice.

Aside from the efforts of the City of London Police Intellectual Property Crime Unit (PIPCU), one of the recurring themes is the decision by the Hollywood-backed Federation Against Copyright Theft to privately prosecute high-profile cases themselves.

The most notable case, that involving SurfTheChannel’s Anton Vickerman, resulted in a four-year jail sentence, one that’s cited in cease and desist notices regularly served on file-sharing site admins in the UK. More recently, FACT took the decision to initiate a private prosecution against Philip Danks, a West-Midlands based man known for camming and distributing Fast and Furious 6 while it was still in cinemas.

It now appears that following FACT’s lead, the BPI will also take a privately investigated and prosecuted case to criminal trial this month.

The case involves the now-defunct file-sharing forum known as Dancing Jesus. The site was taken down in 2011 following a investigation carried out by the BPI and IFPI, with assistance from the US Department of Homeland Security.

At the time two people were arrested by City of London Police – the site’s alleged administrator and an individual said to be one of the site’s top uploaders. Homeland Security assisted with the case by seizing Dancing Jesus’s server in the United States.

Speaking with TorrentFreak, the BPI confirmed that the trial is going ahead in October.

“A trial is scheduled to take place at Newcastle Crown Court this month regarding the illegal distribution of music via an internet forum site called Dancing Jesus,” a spokesperson said.

“It is a private prosecution being brought by the BPI following an initial joint investigation by BPI and the IFPI, with assistance from the US Department of Homeland Security. One defendant in the case has already pleaded guilty to illegally distributing music and will be sentenced at the end of the trial.”

While the precise details of the case will come out at trial, Dancing Jesus was perhaps best known for providing links to pre-release music content. TorrentFreak contacted the site’s former admin for comment but at the time of publication we’ve yet to receive a response.