At the end of the year movie industry insiders traditionally receive their screener copies, which they use to vote on the Oscars and other awards.

As is tradition, quite a few of these advance screeners will leak on various pirate sites. In recent years one group has drawn quite a bit of attention, due to both the timing and volume of their releases.

Hive-CM8 appear to have good sources and often manage to get their hands on many prominent screeners, which are gradually released to the public.

This year it started with “I Love You, Daddy,” which was dropped by the distributor after Louis C.K. was accused of sexual misconduct. Following two weeks of silence, the second release followed on Christmas Eve when “Last Flag Flying,” an American comedy-drama film, appeared online.

The timing is once again carefully chosen. Hive-CM8 specifically notes that it prefers to avoid releasing on Christmas Day, but it nonetheless used the opportunity to wish people a Merry Christmas.

“We decided to make one [release] before Christmas, not on Christmas we are the nice ones. In this spirit, Merry Christmas and stay tuned,” the release notes read.

The ‘stay tuned’ part suggested that more were coming, and this was indeed the case. Just a few hours ago three additional screeners were posted online, and quickly made their way to public pirate sites.

Screener copies of “I, Tonya,” “Lady Bird,” and “Call Me By Your Name” are now widely available online. Interestingly, it was still Christmas in parts of the world when they came out, but apparently not where Hive-CM8 are.

The group again wishes its ‘followers’ a Merry Christmas but also adds that people should see these movies on the big screen to support the filmmakers. The screener releases are mostly for those who are not in the position to do so, they add.

“What a nice release after Christmas. Merry Christmas to everyone, from me and TiTAN. Don´t forget watching a Screener is not like the real thing, you should still all go to the cinema and support the Producers,” the release notes read.

“We are especially sharing this for the people who cant visit the cinema due to illness, or because it is a limited release that doesn’t make it to their country. So those people also can experience some award nominated movies..Enjoy.” 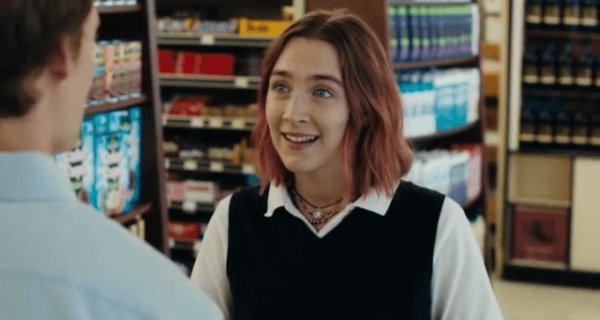 If previous years are any indication, the leaks won’t stop at five screeners this year. And indeed, Hive-CM8 suggests that they have many more screeners in their possession. There are still a few missing though, including Downsizing, Hostiles and Phantom Thread.

“We are still missing Downsizing, Hostiles, and Phantom Thread. Anyone want to share them for the collection? Yes we want to have them all if possible, we are collectors, we don’t want to release them all,” they write.

While not all screeners will come out, more are likely to follow during the weeks to come. Thus far Hive-CM8 has only given one guarantee: they’re not going to upload “Star Wars: The Last Jedi.”