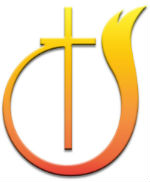 With more than a million members in the United States and more than 6 million spread over 150 countries worldwide, the Church of God is one of the largest Christian movements.

The church was founded in 1886 and since its 100th anniversary 25 years ago it has been using a trademarked cross logo to identify its products and services. In 2010 the logo’s copyright was officially registered in the hope of preventing third parties from abusing the church’s faith.

It now appears the registration came just in time. The Church of God logo is now the subject of a lawsuit filed by the church against several parties linked to the making and distribution of the movie Salvation Boulevard which premiered in U.S. theaters last Friday.

Salvation Boulevard covers the story of pastor Dan, played by Pierce Brosnan, who turns his church into a business empire using rather unconventional methods. Much to the displeasure of the Church of God, however, pastor Dan’s church uses a logo that is clearly inspired by theirs.

In the complaint obtained by TorrentFreak the Church of God accuses the defendants of copyright infringement, trademark infringement and unfair competition by using a mirrored version of the church’s logo in the film. Sony Pictures, Mandalay Pictures, IFC Films and Comcast (as distributor) are listed as defendants in the lawsuit that was filed at the U.S District Court of Eastern Tennessee last week.

“Defendants are using a certain ‘cross’ design to promote the Salvation Boulevard film. The design also appears within the film to identify a ‘religious group’ at the center of the film’s storyline,” the complaint reads.

“Exemplary frames from a promotional trailer of the Salvation Boulevard film are shown below, wherein Defendants’ Cross Design is shown on the upper left of the ‘church’ appearing in the frame on the left and on the vest apparel item in the frame to the right.”

The infringing logo as used in Salvation Boulevard

Through the lawsuit the Church of God hopes to stop the distribution of Salvation Boulevard and the ‘burning’ of all copies, promotional material and merchandise relating to the film. In addition the Church of God demands compensation for the substantial and irreparable harm the misuse of the logo has caused them.

This is the second time this year that the makers of a prominent movie have been sued for copyright-related offenses. Previously Mike Tyson’s tattooist sued Warner Bros. because it used a copy of his artwork in The Hangover II. This case was settled last month for an undisclosed amount.

The Church of God, however, is hoping to stop the distribution of Salvation Boulevard as soon as possible and has faith that the District Court Judge will hear their prayers for relief.