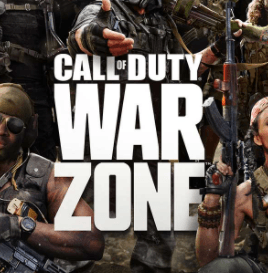 In an effort to end or at least reduce rampant cheating in Call of Duty, Activision fought back with RICHOCET Anti-Cheat.

The system reportedly identified and banned 50K cheaters across Warzone and Vanguard during the first day, but also faced stiff opposition from cheat makers determined to undermine it.

The defendants faced claims of trafficking in circumvention devices under the DMCA, contract interference, and unfair competition. The situation was aggravated when a lawyer working for Activision claimed he’d been ‘trolled’ by the defendants, one of whom said they would never be found.

In common with similar cases, some of the ‘Doe’ defendants were known to Activision only by their online handles. The court allowed the gaming company to conduct broad discovery against a number of services, including internet service providers, payment providers, and social media websites, to help put more meat on the bones.

Activision’s amended complaint, supported by new information obtained during discovery, was months in the making but is far more substantial than the original.

In addition to the copyright infringement, contract, and unfair competition allegations, the defendants now face claims under the Computer Fraud and Abuse Act. Two further counts of racketeering (RICO) relate to offenses that allegedly began as early as 2012 and remain ongoing.

With the extension granted, the defendants must now respond on or before January 13, 2023. If they move to dismiss, a collective memorandum of not more than 14,000 words will be allowed in support of their motion, with Activision allocated the same for any motion in opposition.

The order applies only to the defendants listed in the order dated December 19, 2022. The remainder will be handled separately or as the court sees fit.

The joint stipulation/order and first amended complaint can be found here (1,2, pdf)