Obtaining the personal details of individuals behind pirate sites is rarely straightforward.

When they’re visible at all, domain registrations can be hidden behind privacy services, faked, or even both, while hosting companies tend not to comply with demands to reveal information when they’re unsupported by a valid court order.

One of the methods increasingly deployed in recent times is to target a potential weak spot. Thousands of pirate sites use the services of CDN company Cloudflare and as a US-based entity, Cloudflare is compelled to comply with the orders of the court. So, with copyright infringement allegations in hand, rightsholders apply for a so-called DMCA subpoena to force Cloudflare to hand over site operators’ personal details.

This tactic was recently used by Shogakukan, one of Japan’s largest publishers of manga content. In an application for DMCA subpoena filed at a California district court this month, lawyers for the company explained that in order to protect its copyrighted content, Shogakukan needs to identify the people behind two domains – manag1000.com and manga1001.com. 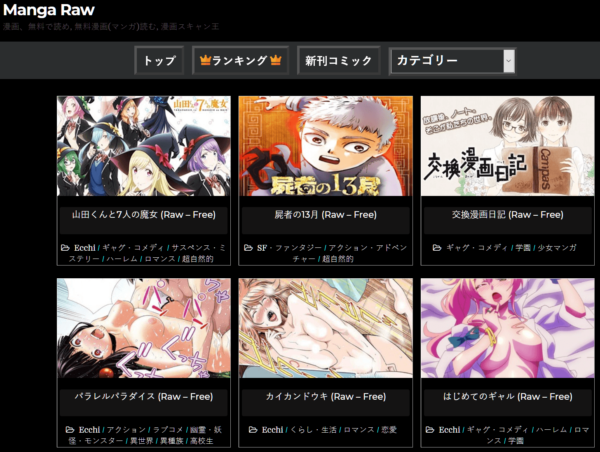 “It has recently come to Shogakukan’s attention that certain users of your services have unlawfully published and posted certain contents on the website located at [manga1000.com and manga1001.com],” the application reads.

“We demand that you immediately disable access to the Infringing Work [detailed in the image below] and cease any use, reproduction, and distribution of the Original Work. Specifically, we request that you remove or disable the Infringing Work from [the websites] or any of your system or services.” 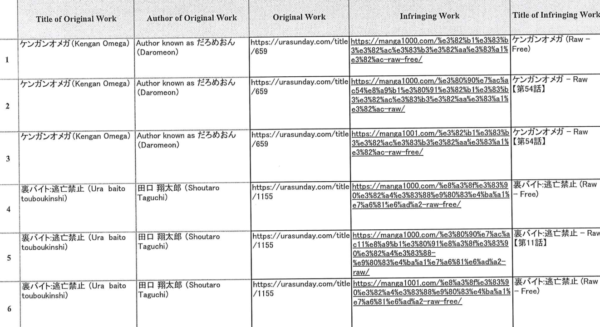 In all but a slight domain difference, manga1000.com and manga1001.com seem identical. They both offer manga titles in ‘raw’ format and enjoy a decent number of visitors – around five million per month per domain according to SimilarWeb stats.

Manga1000 enjoys slightly more traffic at around 5.1 million visits per month which means it’s almost ready to break into the list of Top-500 most-visited sites in Japan, period.

Shogakukan has taken interest in both domains more recently, filing DMCA takedown complaints with Google to delist more than 500 URLs. Now, however, it appears to have more concrete legal plans on the horizon, demanding that Cloudflare spills the beans on its allegedly pirating customers.

The DMCA subpoena, which was duly signed off by the court, now compels Cloudflare to hand over highly-detailed information.

That includes all information sufficient to identify the operator and/or owner of both sites who “uploaded, hosted, and/or contracted with another provider to host the infringing content” owned by the publisher. Shogakukan also demands billing and administrative records that reveal the infringers’ names, physical addresses, telephone numbers, email addresses, credit card numbers, and hosting providers, plus any and all logs of IP addresses.

Cloudflare is required to present the relevant details to Shogakukan’s legal team in San Francisco by June 5, 2020, but whether that request will lead to any useful information remains to be seen.

Earlier this month, however, the publishers filed a notice of voluntary dismissal after months of work trying to identify the operators of the site ended without bearing fruit. Back in February, a lawyer for the plaintiffs told the court (pdf) that the defendants had “gone to considerable lengths to conceal their identities and avoid legal process.”

After the court granted the publishers’ request for expedited discovery, the publishers served subpoenas on four Internet companies that provided services to Hoshinoromi, demanding that they hand over information on the defendants. While they received plenty of information back, things didn’t go especially well.

After receiving dozens of files including technical logs containing 1,000 unique records and more than 100 unique IP addresses spanning a 16-month period, the publishers were forced to hire an outside consulting company to perform an analysis of the data. In the end, however, none of the data personally identified the operators of Hoshinoromi.

Shogakukan will be hoping for a better result this time around.