Regular TorrentFreak readers know that website blocking is rampant around the globe.

Thousands of pirate sites have been blocked by court orders for offering access to infringing content. However, there are plenty of voluntary blocking measures as well.

While this can be useful in some situations, it’s far from perfect. The blocklists that are used can be quite broad. Websites are sometimes miscategorized or flagged as dangerous while that’s not the case.

This also appears to be happening with Xfinity’s protected browsing feature. A reader alerted us that, when he tried to access TorrentFreak, access was denied stating that a “suspicious” site was ahead.

A pirate logo on the blocking page suggests that there’s copyright-infringing activity involved. While it’s no secret that we cover a lot of news related to piracy, it goes a bit far to label this type of news reporting as suspicious. 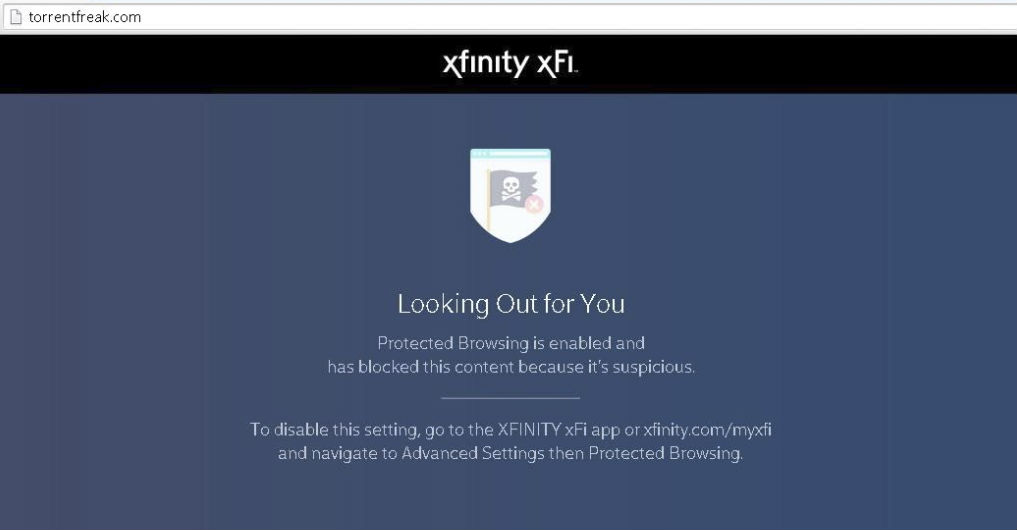 While we don’t know whether the blockade is intentional or a false positive, this is certainly not the only ‘problem’ with Xfinity’s protected browsing feature.

Previously, Comcast users reported that this system prevented people from accessing PayPal as well, which is a bit much, and others reported that it stopped the Steam store from loading properly.

The good news is that the blocking ‘feature’ isn’t mandatory. Subscribers can enable and disable it whenever they please, by changing their network settings.

Unfortunately, Xfinity’s blocking efforts are not unique. We regularly get reports from users who can’t access TorrentFreak because it’s blocked, often on public WiFi networks. In these and other cases, a VPN can always come in handy.