Copyright Infringement and Theft – The Difference 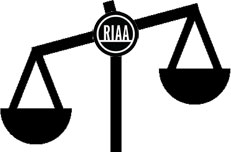 We get a lot of comments on articles from people saying things like “Yeah, it’s stealing. Just embrace it already” or “Good excuse to steal right?.”

There are editorials in mainstream newspapers that say “Such theft costs the copyright- or trademark-holders billions of dollars each year.”

Even Vice President Biden said last year that “Piracy is theft, clean and simple, it’s smash and grab.” But you’d think a long-time lawyer and member of the Senate Judiciary would know to read the law.

We all know the process. A John Doe suit is filed (over 200,000 of them in the US so far), usually amalgamated into a group for easy processing (although it is legality questionable). This then goes to discovery, where the identity is uncovered. At this point the suit is dropped and a direct appeal for ‘settlement‘ is made. If no settlement is reached then the civil lawsuit process can be started.

The case has now been ongoing for over 5 years, not counting the original John Doe complaint, and it has occupied hundreds if not thousands of man-hours defending it. These hours cost money, and in a civil case that means finding a lawyer willing to take it on pro bono.

At first, Thomas-Rasset retained Brian Toder as her attorney, and later switched to Kiwi Camara. The much shorter Capitol v Foster case had attorney costs of over $68,000 awarded after the RIAA dropped the case, while Atlantic v Anderson (dropped by the RIAA after 3 years) ended up with over $100,000 in costs awarded by the court.

As with all such cases the verdict is based on ‘balance of the probabilities’ or ‘preponderance of the evidence’. Quite a contrast to a criminal case.

Were copyright infringement is ‘stealing’, this would be the process Thomas-Rasset would undergo.

The theft statute values goods at the cost to buy, so the 24 tracks would each be valued at $0.99 – the cost on iTunes – for a total of $23.76. If we take the worst case scenario though, and assume a whole CD per track at $20 per CD, that still brings the total value of the theft to $480. As the value is below $500, the maximum penalty available is stipulated as follows:

In all other cases where the value of the property or services stolen is $500 or less, to imprisonment for not more than 90 days or to payment of a fine of not more than $1,000, or both.

The trial would be judged, not on ‘balance of the probabilities’ as with a civil trial, but ‘beyond reasonable doubt’. Based on the evidence submitted in the trials so far, such a case would fail, as Ms Thomas-Rassett has never been proved to be personally responsible, only her connection and computer.

Of course, if it were just a choice of a civil suit or a criminal theft trial, then it’s clear why a civil trial is prefered, even if it is a money sink. Yet, there’s one last obstacle: The Supreme Court of the US.

In 1985, the Court ruled in Dowling v United States that copyright infringement is not theft, even when dealing with physical objects, such as vinyl records.

While industry bodies might still want to claim it’s still theft there is one simple fact that’s clear. In treating it as theft the benefit would be to the alleged infringer. A higher evidence standard, an independent investigation, legal counsel provided free for the alleged infringer, and vastly smaller penalties.

The infringement=theft argument has only one thing going for it, and that’s its emotional impact. In reality, it’s the very LAST thing they want, which is why new laws, like Protect IP and others have been pushed for many years. And again, we reiterate that we’ve dealt with the US here, laws for other countries are different, as we’ve seen twice in the past week  in Sweden, yet it’s still copyright infringement there, not theft.

If you’re confused about it still, maybe this song will help you tell the difference.