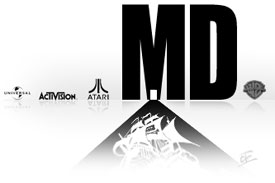 MPAA attorney Espen Tondel told the Norwegian newspaper Dageblatet that the companies represented by the MPAA never requested MediaDefender to do the things The Pirate Bay claims. This is a lie of course, and there is an archive of leaked emails to back this up.

To give an example, Universal Pictures – a company represented by the MPAA – contracted MediaDefender to protect movies, which basically means that they pollute BitTorrent sites with fake files to make the real files harder to find. There are several emails that prove this, and quotes such as “can you jump all over this swarm and try to kill it?” leave little room for speculation.

Universal Pictures is not the only MPAA movie studio MediaDefender worked for, the emails clearly show that they were also hired by Paramount, 20th Century Fox and Sony Pictures. I would suggest Tondel to go through these emails before making ungrounded claims like this again.

Brokep, one of the Pirate Bay founders told TorrentFreak earlier that they decided to file complaints because they want to make these big media companies aware of their own wrong doings: “I want them to take their crappy methods and stop their wrong-doing. They are going around accusing the pirate community for doing immoral stuff, when they do illegal stuff,” he said.

It will be interesting to see how this case develops. One thing is for sure, it will be hard for these media companies to deny their involvement with these emails as evidence.