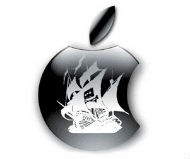 If we believe the words of the MPAA and RIAA, piracy is the root of all evil resulting in billions of dollars in losses every year.

However, not all of the big players in the entertainment business subscribe to this theory. During the MIPCOM conference where movie and TV moguls gather, Miramax CEO Mike Lang and Netflix chief content officer Ted Sarandos touched on the subject of piracy. Both appeared to have a rather positive stance towards the issue.

Lang, whose company today debuts the Blu-Ray version of the cult classic Pulp Fiction, emphasized that people don’t necessarily want to pirate, as long as they get what they want. “Innovate or die,” should be the motive of entertainment industry companies, where it’s key to listen to customers.

“Piracy has not been the bigger issue for our company,” Lang noted. “I think all consumers at some point in their life , whatever market of the world, don’t want to pirate. They really don’t.”

“Maybe not college kids, but ultimately over time they do not want to pirate, and that the way to react to that is to offer legitimate and great service for them,” he added.

Another problem, related to the pricing issue, is the emergence of digital monopolies such as the one Apple has in the digital music business. This threatens the music industry more than piracy, Miramax’s CEO suggested.

Or in other words. Don’t blame piracy for everything, but innovate – or die.