Dotcom’s Wife Not Entitled to 50% of Seized Assets, U.S. Argues 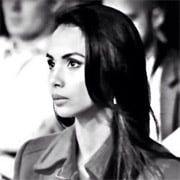 Following the 2012 raid on Megaupload and Kim Dotcom, U.S. and New Zealand authorities seized millions of dollars in cash and other property.

Claiming the assets were obtained through copyright and money laundering crimes, last July the U.S. government launched a separate civil action in which it asked the court to forfeit the bank accounts, cars and other seized possessions of the Megaupload defendants.

In August 2014, Dotcom and his co-defendants responded by filing their own claims against the property, a move which resulted in the U.S. branding the former Megaupload operators as “fugitives“.

Early September Mona Dotcom, Kim Dotcom’s wife, filed her own claim against some of the seized property. Mona said that under New Zealand law she had “a 50% marital interest” in the assets named in the civil forfeiture complaint, which includes luxury vehicles and other expensive items.

No standing to claim

However, in a new filing the U.S. states that Mona currently has no standing to make such a claim, arguing that her interest under New Zealand law remains “unquantifiable” until she obtains a New Zealand court order defining the extent of her marital property.

Noting that Mona herself previously claimed to have been “completely financially dependent” on Kim Dotcom since their marriage, the U.S. states that Mona has failed to provide evidence that she has “dominion and control over the properties” which give her standing to make a claim.

Highlighting Mona’s claim to one of the seized vehicles, the U.S. notes that “Mona Dotcom cannot even drive — and without that ability, it would seem nearly impossible for her to establish that she had dominion and control over the vehicles.”

Also at issue is the value of the 50% claim itself. According to the U.S. government, Mona has already received assets “far in excess” of the value of her claim from her marriage thus far.

“Mona Dotcom has already received more than any possible marital interest claim from releases from the New Zealand Courts, as well as from a direct transfer to her from Kim Dotcom of assets not restrained by this Court,” the U.S. argues.

According to the filing, through successful court action the Dotcom’s have obtained 40% of the assets previously seized in New Zealand.

“As of December 2014, more than NZ$1 million (currently US$770,000) in restrained funds were released to the Dotcoms as ‘living expenses’ by the New Zealand courts,” the filing reads.

“An additional approximate NZ$6 million (US$4.64 million) in legal fees have already been released to the Dotcoms. Mona Dotcom has benefited from the attacks on the restraints and has continued to enjoy a lavish lifestyle as a result.”

The U.S. also references assets in cloud-storage service Mega which were gifted to Mona by husband Kim. The 17% share is estimated to be worth NZ$35 million.

“This gift, combined with the apparent proceeds of previous sales of stock in Mega Limited and [music service] Baboom, means that Mona Dotcom has been provided and still controls assets well in excess of the approximately NZ$23 million she is trying to claim in this proceeding as her marital assets.

“Because she has already been provided those assets, her claim that she is still owed half the interest in Kim Dotcom’s restrained assets cannot be established under New Zealand law.”

The U.S. government also insists that in order to have a valid claim for assets Mona might have to prove that she has not unlawfully benefited from criminal activity associated with her husband and Megaupload.

“Whatever the New Zealand courts ultimately determine Mona Dotcom’s marital interest to be, New Zealand courts have consistently refused to allow even an entirely innocent and unaware spouse to retain any interest in criminal proceeds,” the U.S. government writes.

But according to government’s lawyers, it may not come to that. They say that Mona was one of the incorporators of the “Megateam Corp.” in the Philipines and had no less than six separate Megaupload accounts associated with her email addresses.

“Mona Dotcom’s claim is insufficient to give her standing because she cannot establish any concrete injury,” the U.S. concludes. “Until the New Zealand courts quantify whatever property interest she may have, the nature of her property interest is at best, inchoate and murky.”

Finally, it appears the U.S. is also concerned about the amount of cash being burned through by the Dotcoms. In December Kim Dotcom filed a request for further legal expenses (estimated by the U.S. as likely to run into “millions”) plus additional living expenses (US$77,000 per month) to be released. That hearing will take place next week.