Dotcom’s Megabox to Launch “A Few Months” After Mega 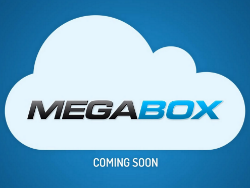 In a guest post for TorrentFreak, Dotcom said his revolutionary music platform called Megabox was about to go public, but due to a well-known intervention from the U.S. Government that launch never happened.

Dotcom, however, is not giving up that easily. With a team of developers he’s working hard to get a new Megaupload (or Mega as it’s correctly titled) as well as Megabox ready for a public release.

The separation between the two projects hasn’t been made entirely clear in the press with several news outlets reporting that Megabox will launch next month, confusing it with the new file-storage platform Mega.

However, presently there is no official launch date for Megabox.

“Megabox will launch a few months after Mega,” Dotcom informs TorrentFreak, adding that he can release no further details at the moment.

The music service is currently being developed by the Portuguese company Triworks, also featured in the teaser video below.

When it’s released later in 2013 Megabox will give the public access to free music, while compensating artists through advertising revenue.

Dotcom believes that this “free music” business model has the potential to decrease music piracy while giving artists proper compensation for their work.

This revenue is expected to come from the Megakey application users will be required to install in exchange for free content. Megakey works like an ad blocker, but instead of blocking ads it replaces a small percentage with Mega’s own ads. Those who prefer not to install the app have the option to buy the music instead.

“Music will be free for users who install the Megakey App. Anyone who does not like the App can just purchase the music,” Dotcom told TorrentFreak previously.

Most of the revenue generated will go directly to the artists with Megabox keeping a small share. This fraction pales in comparison to the amounts held back by the major labels.

“These new solutions will allow content creators to keep 90% of all earnings and generate significant income from the untapped market of free downloads,” Dotcom said.

According to Dotcom there are several “top artists” lined up for the launch. Whether Megabox will be able to challenge the mighty influence of the major labels will become clear in a few months’ time.