Europe Has The Highest Online Piracy Rates, By Far

Despite the growing availability of legal options, online piracy remains rampant. Every day pirate sites are visited hundreds of millions of times.

But where are these pirates coming from?

In absolute numbers the United States clearly comes out on top. With nearly 10 billion visits to streaming portals and over 3 billion to torrent sites, the U.S. beats all other countries.

Perhaps not a surprise, as the U.S. is one of the largest countries in the world with a high Internet penetration. Things get more interesting, however, when we look at the piracy rate based on the number of Internet users around the world.

Data MUSO exclusively shared with TorrentFreak, shows that different countries float to the top when the Internet population is taken into account.

Latvia comes out on top with a massive 46% of the Internet users visiting pirate sites, followed by Bulgaria, Lithuania, Croatia, Spain and Greece. The top 10 piracy havens is completed by Serbia, Ireland, Romania and Sweden.

When taking the size of the Internet population into account, the United States is actually one of the countries with the lowest piracy rates, just under 5%. The UK also has a modest piracy rate with nearly 8%.

Most surprising, perhaps, is the low piracy rate in Germany, where less than 2% of the Internet population are considered to be “pirates.” Vietnam closes the list with just over 1%.

The dataset includes visits to both international and local pirate sites, and MUSO believes that it’s an accurate overview of the global piracy landscape. The current list is based on data from 2015 and it will be interesting to see if these rankings will change over time.

Below is the top 50 in reverse order. China, Japan and Korea were excluded as MUSO didn’t have sufficient sites representing these countries to accurately include them. 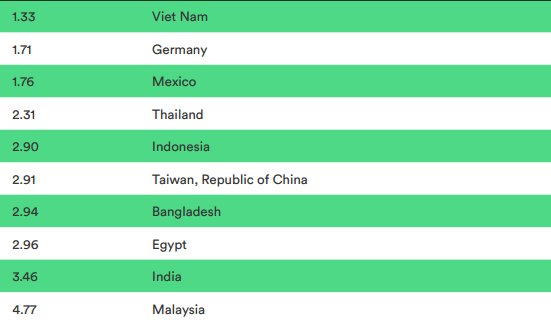 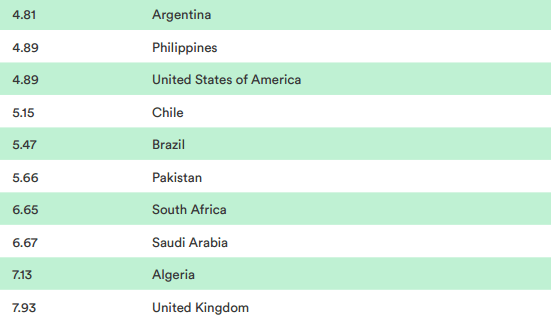 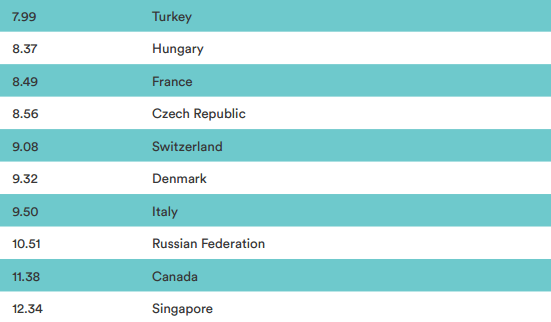 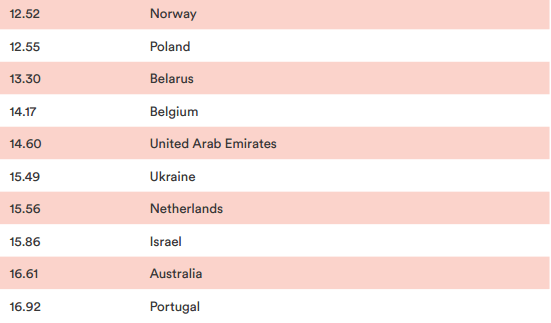 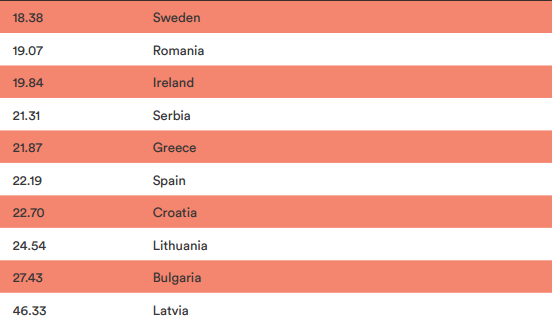