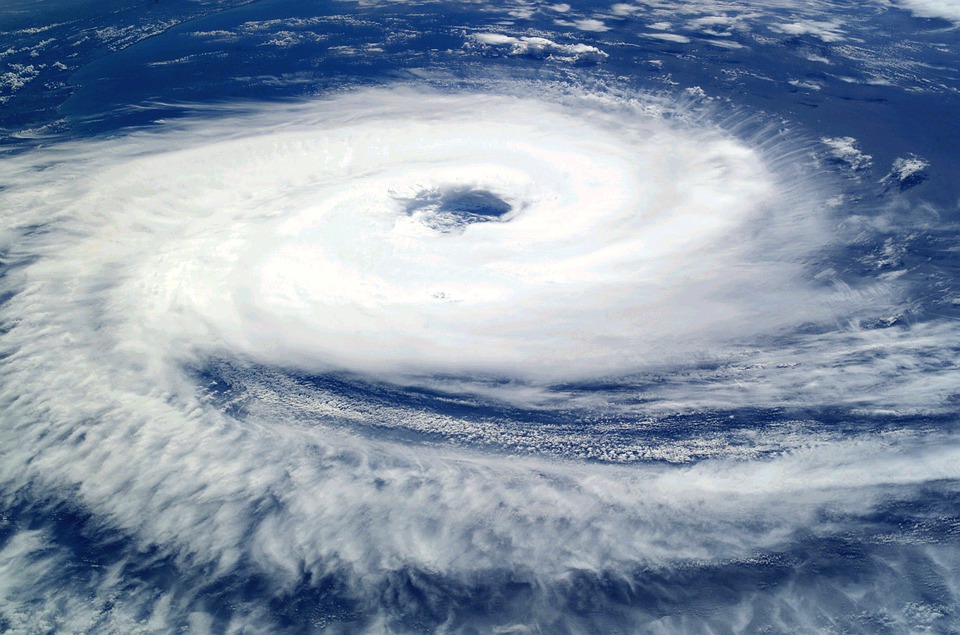 It’s likely that you’ve never heard of WxChasing, but you have almost certainly seen one of its videos.

The company is a one-man operation run by award-winning videographer Brandon Clement, who has a passion for documenting the extremes of Mother Nature.

Clement is one of the best in his field, something recognized by licensing deals with major media companies and coverage on National Geographic, Netflix, HBO, and the BBC. This exposure allowed the Mississippian to turn his hobby into a job.

In addition to selling footage to media companies, WxChasing also shares content online for free. Over the years its YouTube channel amassed a respectable 29K subscribers and it’s doing even better on Facebook, with 368K followers.

Many creators might look at these numbers with envy but they could have been much higher. Most people see WxChasing videos on third-party channels that duplicate the footage without permission. This isn’t just an isolated incident either; it happens day in and day out, numerous times.

Everybody knows that content is copied online but the scope of the problem is truly massive. Some of these are innocent infringements, but there’s a whole industry of shady copyright exploiters out there as well. For WxChasing alone, this amounts to billions of misplaced views.

The scale of infringements sounds pretty outrageous for an independent creator and we were blown away when Clement showed us his daily copyright infringement battle in action. There’s a never-ending stream of infringements across social media platforms that seems impossible to stop, much like the weather.

“Most of the serious infringements come through Facebook,” Clement informs TorrentFreak, adding that the company also has the most advanced rights management tool.

Facebook’s Rights Manager interface can actually be quite intimidating. There are long lists of “matching videos” and “disputes” with more being added every hour. It’s pretty much a day job to deal with them all, which is why Clement has asked someone to help him out with this side of the business.

To give an indication of the scale of the problem, Brandon mentions fellow storm chaser Brian Emfinger. Earlier this year, he shot a video of a pickup truck being flipped by a tornado in Texas, which then drove off. It’s probably the shot of his lifetime but, after posting it online, Emfinger was overwhelmed by the massive wave of copyright infringements.

Clement decided to help his friend out. In March he purchased the rights to two videos of the event, adding them to his copyright management system. Since then, Facebook has reported more than 44,000 “matches.”

The top ten pages that ripped off these two videos have already generated over 100 million views and the total number of ‘unauthorized’ views is in the billions. And that’s just for a single weather event, and only on Facebook.

The sheer volume of takedown requests isn’t the only issue. How copyright disputes are decided is another source of frustration and unfairness.

With a dedicated team of takedown specialists, Facebook allows its users to stop a lot of infringement. But there’s a big problem, literally. While Facebook has a fairly elaborate copyright backend, large pages have the ability to trump smaller ones when there’s a copyright conflict.

“If two pages claim a video in the Rights Manager then it creates a conflict. When the conflict is created, the page with the most followers has the option to ‘confirm ownership’ regardless of actual ownership,” Clement tells us.

“There is no way to dispute this and META simply gives the managing rights of the video to the bigger page after a 7-day waiting period.”

This approach essentially forces Clement and others to give up their rights. The image above shows two videos he and a fellow storm chaser shot and uploaded. While they were the first to publish it, “Sky News Arabia” and “MBC” own it now, according to Facebook.

“So I have my content stolen and managerial rights are given away because the claimants’ pages are bigger. This is beginning to happen more frequently and we lost the managing rights to dozens of videos because of this flawed system.”

This is a massive problem as the copycats also get the right to take down the content across Facebook’s ecosystem. This means that they can start to claim other videos, even those licensed by WxChasing to other companies.

Unfortunately, Facebook doesn’t have a contactable person that can help to resolve these issues. Instead, users are directed to the help section which eventually advises them to resolve the dispute with the ‘infringers’ who often don’t respond at all.

“There has to be a better solution than to look at who has the biggest page. It’s all about who is the biggest. The bigger you are the more rights you have. This is insane,” the videographer says, summarizing his frustration.

In some cases, the content is hijacked by large pages that don’t mean to do any harm. At the same time, there are others who appear to willingly exploit the system. They are happy to monetize others’ content since there are millions of dollars to be made.

It’s easy to criticize Facebook and other user-generated content platforms for not doing enough. But they are in a tough spot too as they try to balance the rights and interests of all parties involved.

Clement is not oblivious to these issues but questions the motives of these platforms. Sometimes, he can’t help noticing that some ‘rulings’ tend to favor large pages and channels with a large following.

We’ve seen a long list of decisions where Facebook chose to keep copied content online, citing fair use. This fair use argument also applied when large pages use the full videos without attribution.

“Some pages use the whole video without quoting us, reporting the same news we already reported. But since someone is talking at the top of the video, Facebook is claiming that it’s fair use, not taking it down,” Clement notes.

In yet another case, Clement flagged infringement on a single Facebook page more than two dozen times. Despite this, it remains online today.

The challenges are not limited to Facebook either, YouTube’s Content ID system has its issues too. As a relatively small operation, WxChasing is not allowed to have access to Content ID, but others use the system to claim his videos.

CollabDRM is one of the ‘rightsholders’ claiming WxChasing content and appears to have turned the Content ID system into a business model.

“CollabDRM finds and monetizes unlicensed uploads that slip past YouTube’s Content ID system,” we read on their site.

While this system can be used for legitimate purposes, YouTube itself is littered with complaints about CollabDRM. This is confirmed by Clement, who has dealt with their illegitimate claims on several occasions.

In addition to battling false claims, the videographer also sends takedown requests targeting unauthorized copies of his videos on YouTube. This used to work well as channels were often suspended after three notices. Since then, things have changed.

Clement mentions an example where he targeted six infringing videos from a single channel on a single day, without any noticeable result. Some of these repeat infringers have over a million subscribers, so it’s certainly not a trivial issue.

The copying problem is quite hard to contain. This is due to the speed at which it is happening and because legitimate mainstream publishers are inadvertently taking part as well.

“The Dallas flooding the other night. I posted a couple of quick clips on Twitter because I knew it would run like crazy there. And then I posted a link to my YouTube video upload for the full video because I’m trying to grow my YouTube platform,” he says.

“Well, two different pages ripped it on Twitter and allowed embedding. Then the Washington Post, The Independent, and the BBC all start quoting and embedding the guy that ripped it. All of a sudden, you look up and he has two million views on my video and I have 18,000.”

Needless to say, this isn’t great for a business that relies on licensing payments. If legitimate clients see that other mainstream outlets are taking the content for free, they may start rethinking their options.

According to WxChasing’s owner, it feels like takedowns have become less effective over time. He suggests that the competition for social media market share may have something to do with it.

“It used to work but, since TikTok has started to take a big share of social media, it’s like, whatever. You can hit these channels over and over and nothing happens,” Clement says.

“Social media platforms, in many cases, do not adhere to their own repeat infringer policy. Obviously, content is king and they are profiting from the piracy or they would enforce it heavily.”

These comments illustrate the frustrations and opinions of a single creator and it’s hard to draw any broad conclusions based on individual accounts. That being said, it’s clear that copyright infringements are not only a problem for large corporations.

Clement has reached a point where he no longer knows what to do through the regular takedown systems. Hiring a team of takedown managers may help a bit, but copycats and copyright hijackers are not easy to beat.

Eventually, he may have to resort to legal action to force some kind of breakthrough. While that won’t be an easy road either, Clement is open to suggestions from copyright lawyers and other experts.

“It’s simply devastating to small creators to lose hundreds of millions or even billions of views. The cascading effect of losing views from one video leads to fewer subs and followers. That, in turn, means fewer views, subs and subscribers for each concurrent video, destroying the small content creator,” Clement concludes.