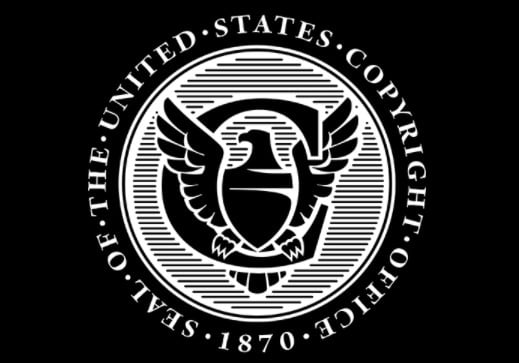 The U.S. Copyright Office is seen as the authority on intellectual property issues in the United States.

Just a few months ago, the Government body released a thorough review of the DMCA’s safe harbor provisions, to see if these can be improved to better suit today’s online environment.

During meetings with various stakeholders, DMCA takedown notices were also discussed in detail. Many rightsholders believe that the current system is flawed, while digital rights organizations warned of abusive notices.

The Copyright Office is not supposed to take sides in these matters. So, we were quite surprised to see its name on several takedown notices that were sent to Google over the past few days.

The takedown requests are not typical ‘Section 512’ notices. Instead, they point out sites that circumvent technical protection measures, which is in violation of the DMCA’s ‘Section 1201.’ That’s also how Google processed them.

Below is one of the takedown requests which clearly lists the “United States Copyright Office” as the sender, supposedly acting on behalf of the “Video Industry Association of America.”

But not all is as it seems. 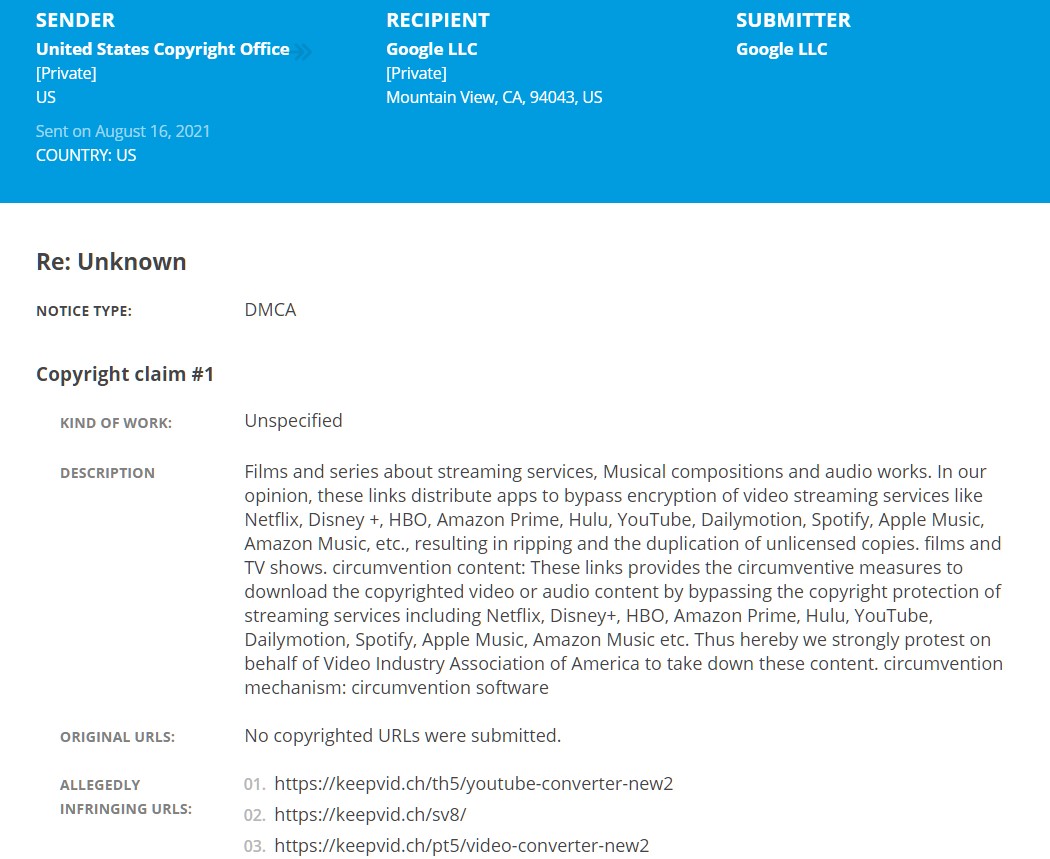 A detailed look at the notices shows that they are similar to the ones we have covered a few days ago. These were sent by “The American Society of Composers” and listed various DVDFab-related results, including a perfectly legitimate news article from TorrentFreak.

This small snapshot also flags a page from Google’s Transparency Report. This profile summarizes the takedown efforts of APCM Mexico, which happens to target quite a few stream-ripper services itself.

Needless to say, this dubious type of enforcement isn’t something the Copyright Office should concern itself with. And paired with the similarly-styled notices that came in earlier, we suspect that there’s an imposter at work.

This suspicion was confirmed by the U.S. Copyright Office. A spokesperson informs TorrentFreak that the notices in question were not submitted by them.

This doesn’t mean that the takedown requests were ignored by Google. While our links are still indexed, several of the URLs listed in the notices have indeed been removed because of the notices, which is a problem.

While we don’t know who impersonated the U.S. Copyright Office, it’s possible that it’s someone who operates sites or services that directly compete with the flagged links.

This is a strategy we have seen several times in the past. A competitor targets URLs from competing apps and sites, so they end up higher in search results themselves. A classic example of abusive behavior.

No Appeal Option (Yet)

Unfortunately, there is no counter-notification option for ‘Section 1201’ takedown notices. This means that sites and services that are affected by these bogus notices have no official appeal process they can use.

But perhaps the U.S. Copyright Office can help with that?

While we had the Office’s attention, we pointed out this omission in the current DMCA law. Perhaps that could set some wheels in motion, so that this series of bogus takedown notices lead to something constructive in the end.