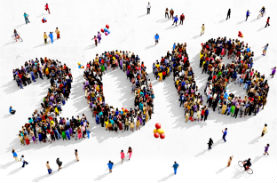 On January 1, the TF newsroom often wonders what copyright and piracy news the new year will have in store.

Today we want to give our readers some insight into some of the things that crossed our minds.

Granted, predicting the future isn’t an easy task, but the ‘fantastic’ forecasts below give plenty of food for thought and discussion.

Hollywood’s concerns over pirate streaming boxes will reach unprecedented levels this year. After successful cases against box sellers and add-on developers, the major movie studios will take aim at the hardware.

A Chinese power cord manufacturer, believed to be linked to more than half of all the streaming boxes sold throughout the world, will be taken to court.

The movie studios argue that the power-cords are essential to make pirate streaming boxes work. They are therefore liable for contributory copyright infringement and should pay for the billions in losses they are partly responsible for.

In 2017 The Pirate Bay added a cryptocoin miner to its website, an example many other pirate sites followed. In the new year, there will be another cryptocurrency innovation that will have an even more profound effect. 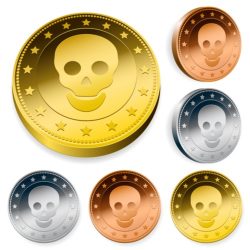 After Google Chrome adds its default ad-blocker to the Chrome browser, a coalition of torrent sites will release The Pirate Coin.

With this new cryptocurrency, users can buy all sorts of perks and features on their favorite download and streaming portals. From priority HD streaming, through personalized RSS feeds, to VIP access – Pirate Coins can pay for it all.

The new coin will see mass adoption within a few months and provide a stable income for pirate sites, which no longer see the need for traditional ads.

For years on end, the major music labels have complained bitterly about YouTube. While the video service earned them millions, they demanded better deals and less piracy.

In 2018, YouTube will run out of patience. The video streaming platform will launch a counter-attack and start its own record label. With a talent pool of millions of aspiring artists among its users, paired with the right algorithms, they are a force to be reckoned with.

After signing the first artists, YouTube will scold the other labels for not giving their musicians the best deals.

While there’s still a lot of public outrage against the net neutrality repeal in 2018, torrent users are no longer complaining. After the changes are approved by Congress, Comcast will announce its first non-neutral Internet package.

The Torrent Pro (®) package will allow subscribers to share files via BitTorrent in an optimized network environment.

Their traffic will be routed over separate lanes with optimal connections to India, while minimizing interference from regular Internet users.

The new package comes with a free VPN, of course, to ensure that all transfers take place in a fully encrypted setting without having to worry about false notifications from outsiders.

The Pirate Bay turns 15 years old in 2018, which is an unprecedented achievement. While the site’s appearance hasn’t changed much since the mid-2000s, technically it has been changed down quite a bit.

The resource-intensive tracker was removed from the site years ago, for example, and shortly after, the .torrent files followed. This made The Pirate Bay more ‘portable’ and easier to operate, the argument was.

In 2018 The Pirate Bay will take things even further. Realizing that torrents are no longer as modern as they once were, TPB will make the switch to streaming, at least for video.

While the site has experimented with streaming browser add-ons in the past, it will implement WebTorrent streaming support in the new year. This means users can stream high-quality videos directly from the TPB website.

The new streaming feature will be released together with an overhaul of the search engine and site navigation, allowing users to follow TV-shows more easily, and see what’s new at a glimpse.

Don’t believe in any of the above? Look how accurate we were last year! Don’t forget the salt…

TorrentFreak’s 18 Most Read Articles of 2018