Earlier this year the long running lawsuit between the RIAA and music streaming service Grooveshark came to an abrupt end.

Facing hundreds of millions in damages, Grooveshark shut down agreeing to pay the record labels $50 million. This was a huge blow to the site’s users, many of whom had spent years carefully curating their playlists.

Among the affected users was a group of music loving web developers including Ofir Yosef, Itzik Ben-Bassat and Ziv Waksman, who decided to come up with a solution without breaking the law.

“It was devastating at first as we thought that we’d lost our personal music hub. The huge effort that took many years to build and collect songs and playlists was gone in a single court decision,” Yosef tells TF.

The initial thought was that all playlists were gone forever. However, there was still a Grooveshark backup server online and Yosef and his team quickly secured all playlist data.

That’s when the real challenge stated. A collection of .XLS files is useless if they can’t be linked to the actual music track, so Yosef and his team started coding. Now, several weeks later StreamSquid was born.

“StreamSquid is a free music streaming service that lets you discover, create and share the music you love. It’s the easy way to play the music you want online, legally and free,” Yosef says.

“And now it also lets you import your lost Grooveshark music and start listening to it almost immediately,” he adds.

The service is indeed quite impressive considering that it’s a mashup of various sources. It has an intuitive user interface that makes it easy to discover and curate music. Grooveshark users will be delighted as well, as they can restore their old playlists in one click. 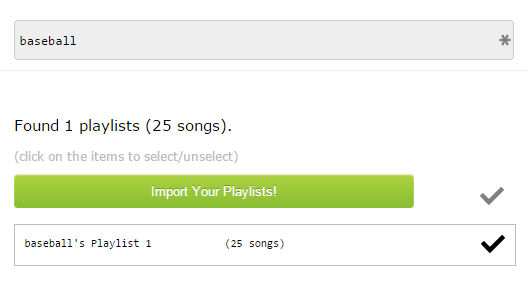 To present the music in an appealing format, with album lists and prearranged playlists, StreamSquid partnered with Last.fm. In addition the site also allows users to easily discover related artists and browse through various top charts.

For the long-term StreamSquid is planning to add support for mobile listening as well, including apps, but currently the focus lies on implementing features to improve the general user experience.

“In the coming days and weeks we are going to add features like songs queues and listening history, which will allow users to arrange their daily music stream.” 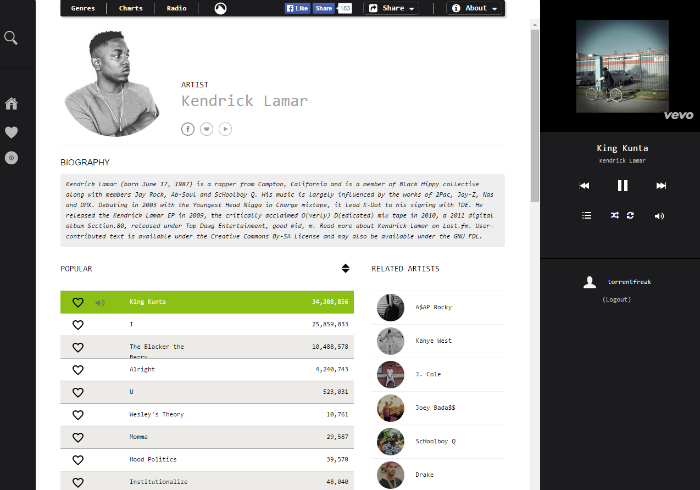 As for legality, StreamSquid doesn’t anticipate any problems. The service pulls its music from YouTube and SoundCloud and doesn’t host any media content on its servers.

“StreamSquid is legal. We use YouTube and SoundCloud APIs to stream music legally and meet all requirements and terms of services. Everything is double checked,” Yosef says.

Similar to Grooveshark, the service will remain free of charge. The self-funded team may consider adding monetization options in the future, such as offering links to Amazon and iTunes stores, but these will be aimed at adding value to the users.

Aside from the occasional bug StreamSquid seems to work rather well. And for former Grooveshark users it will be a welcome reunion with the tunes they deemed lost.