High Court: Kim Dotcom Can Have His Cars, Millions in Cash Returned

When Kim Dotcom’s New Zealand mansion was raided in 2012, some of the most memorable images were of his luxury car collection being loaded onto trailers and taken away. The authorities hoped the pictures would help to symbolize Dotcom’s fall from ‘power’ but two years later he might be burning rubber in them once again.

Just two days before the raid on Dotcom’s home, foreign restraining orders were granted to enable the seizure of the entrepreneur’s assets. As they are set to run out on Friday, the Crown applied to the High Court yesterday to have them extended.

Unfortunately for United States and local authorities, the application was turned down, which means that Dotcom’s assets including his car collection, substantial quantities of cash, artwork and other equipment, could soon be returned.

Shortly after the news broke, Dotcom took to his beloved Twitter to celebrate. 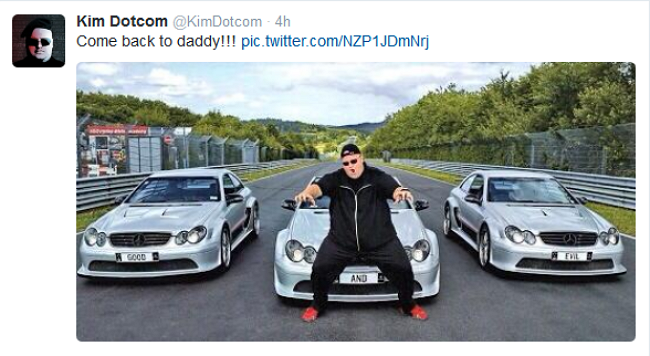 Dotcom added that when his cars are returned he will be treating member of his newly formed Internet Party to a day out racing.

“I will rent the Taupo race track for a track day with #InternetParty members when my cars are returned!” he tweeted.

While Dotcom is understandably excited, the Crown has two weeks to file an appeal. That is almost certain to happen.