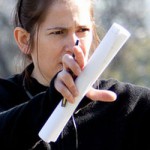 It’s pretty obvious that Lexi Alexander isn’t scared of rocking the boat. In an unprecedented move last month, the movie director was pictured holding up a sign calling for the release of Peter Sunde, an individual not exactly the movie industry’s most-loved man.

But Alexander is no ordinary person or director. Instead of towing the usual line by decrying piracy as a scourge, the 39-year-old recently noted that several studies have found that piracy has actually benefited movie profits. For a movie worker this is a controversial stance to take, but rather than back off, Alexander only seems motivated to continue her abrasive approach.

In new comments Alexander takes aim at Hollywood, this time referencing the recent leak of The Expendables 3. She doesn’t condone the leak, but instead looks at possible reasons why it ended up online.

“The piracy issue makes me want to tear my hair out at times. I do not understand how so many of my filmmaker colleagues have bought into this MPAA propaganda. Recently these think tanks and organizations have popped up which are not officially associated with the MPAA, but definitely on their payroll,” Alexander begins.

“But okay, you want to be mad at the kid in Sweden or Australia for uploading your movie? Go for it. Oh wait, in cases like Expendables 3 it’s actually someone here in Hollywood leaking it,” she notes.

The idea that The Expendables 3 leaked directly from Hollywood is not new. Pristine copies like these simply aren’t available on the streets unless an insider has had a hand in it somehow, whether that interaction was intentional or otherwise.

In some instances the motivation to leak, Alexander suggests, could be borne out of a desire to get even. Assistants to the higher-ups are often treated badly, so more consideration should be given to what they might do in return, the director notes.

“It’s kind of like going to a restaurant and thinking twice about insulting the waiter or busboy because you’re afraid of what they’ll put in the food before they bring it back,” Alexander explains.

“Imagine those famously abusive directors, producers or stars (#notall….) having to tone down the abuse, otherwise LOUD EVENT MOVIE # 5 will show up on The Pirate Bay with a little note that says: ‘Don’t bother seeing this in the theater. Everybody above the line was a monster to us’.”

The thought that leaks might happen as a type of personal revenge is in itself the stuff of a Hollywood plot. However, just as it’s unlikely that a story about a movie leak would ever make the silver screen, Hollywood insiders involved in them also tend to escape criticism.

In fact, history shows us that the *actual* leakers, whether that’s an assistant with a grudge or otherwise, are rarely – if ever – paraded around in public as criminals. That honor is usually reserved for the first uploaders and/or their ‘pirate’ allies. Still, Alexander feels it would be wise to keep those close to home in a good frame of mind.

“Maybe the MPAA should drop some of their $$ on PSAs about the danger of abusing assistants: ‘If you kick me everyday, your film will land on Pirate Bay’,” she warns.

Finally, in a move likely to further annoy the Hollywood brass, Alexander presents a “hypothetical” mechanism through which abused assistants could beat the bullies.

“I’m not suggesting anything, but hypothetically, if there were an anonymous address people could send not-yet-released movie DVDs to, so someone else could upload them without a chance of it being backtracked to the source, then a whole bunch of abused and mistreated assistants wouldn’t be defenseless anymore,” she concludes.

Due to the hugely controversial nature of her comments its difficult to judge how serious Alexander is with her suggestions. But, whatever the case, it’s safe to say that she’s one of a kind and likely to continue rocking the boat in future.