With dozens of millions of monthly views, Putlocker is the go-to video streaming site for many people. Or was, we should say.

The site has had its fair share of trouble over the past year. It had to switch domain names on a few occasions, in part due to legal pressure.

Most recently, the Putlocker.is domain name started redirecting to putlockertv.is and with this switch came another crucial change. For more than a week now, the site has become unusable.

Regular visitors have noticed the absence of new content and are no longer able to leave comments.

Even worse, perhaps, the movies and TV-shows that are still listed don’t link to actual content. Instead, they are advertising a suspicious third-party service that asks for people’s credit card details, and is unlikely to offer what they’re looking for.

While Putlocker has had some technical issues before, the current situation appears to be different. We can only speculate, but it might very well be that the site won’t return to its former glory and that the operator has decided to throw in the towel.

In fact, with all the recent domain changes it’s unknown whether the site is still in the hands of the original operator at the moment. 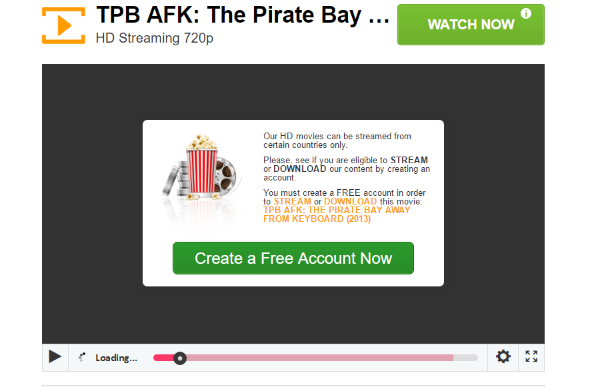 What we do know is that the site has faced quite a bit of legal pressure over the past few months. Late last year the U.S. Trade Representative (USTR) marked the site as a notorious market that should be dealt with.

“The operator of Putlocker is believed to be based in Vietnam and appears to be taking actions to evade enforcement measures,” USTR wrote in its annual overview.

“For example, in 2016 Putlocker hopped domains from the country code top-level domain of Iceland (.is) to Switzerland (.ch) and started using reverse proxy services to obscure the location of its hosting provider,” the report added.

And that wasn’t all. Two weeks ago, right before the current trouble started, the US Ambassador to Vietnam urged the local Government to criminally prosecute the operator of Putlocker.

Whether or not Putlocker will return is uncertain, but considering the pressure it might not be a surprise if the operator has decided to step aside, at least for the time being.

This doesn’t mean that the Putlocker brand will disappear, however. As usual, there are several copycats waiting in line to take over the site’s traffic, taking advantage of the confusing situation.

Update: Putlockertv.is now redirects to Putlockers.cc, but otherwise nothing has changed.

US Government Brands The Wrong “Putlocker” as Pirate Site