Is The Peter Sunde Petition Offensive, Inflammatory or Objectionable?

For users of phpBB-powered forums during the last decade, member polls were an everyday occurrence. Any user could start a poll, and as a result many useful discussions were enjoyed.

Some users would also start trivial and frivolous polls, such as a multiple choice polls with only one outcome. Forum admins combated this by ordering “NO STUPID POLLS” which were responded to by people creating polls asking “Should we have a poll?” Thankfully it’s been a good few years since I last saw one of those – until this weekend.

Two weeks ago, former Pirate Bay spokesperson Peter Sunde submitted an emotional plea for a pardon to the Swedish authorities. If successful he would avoid a pending eight month jail sentence.

In support of Sunde a petition was started on Avaaz, a site with the stated aim of bringing “people-powered politics to decision-making everywhere.” The ultimate aim is to deliver the petition to Beatrice Ask, Sweden’s Minister of Justice, so Avaaz seems like a great fit. 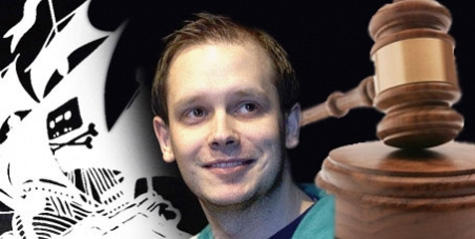 The petition has been a roaring success. Sunde initially said that 10,000 signatures might make a difference but at the time of writing more than 91,000 people have signed. However, this weekend Avaaz sent out an eyebrow-raising email to its members which questioned whether the Sunde poll should be allowed on the site.

“We’re a democratic community of more than 14 million people, and will only support petitions that our community agrees are not offensive, inflammatory or otherwise objectionable,” Alex from Avaaz wrote.

He then directed Avaaz users to pick one of three options for a private poll.

This intervention puts Avaaz on tricky territory. Just a cursory glance around their site reveals a quagmire of petitions on massively controversial issues which by their very nature polarize people according to who sets to benefit from either side of a dispute.

The petition for the legalization of same-sex marriages in Poland is bound to be offensive to some religious groups and if the report on another petition is to be believed, calling for the protection of Muslims in Myanmar is bound to be objectionable to Rakhine Buddhists.

So is a petition supporting someone’s perfectly legal request for clemency offensive, inflammatory or objectionable? Well it all depends who you ask.

The copyright lobby no doubt thinks that the actions of The Pirate Bay, and by extension Peter Sunde, are indeed objectionable. On the other hand the tens of thousands of people who signed the petition in support of the site’s former spokesman probably have strong feelings towards overreaching copyright law.

The point here is not whether Sunde or his detractors are correct, but why out of all the highly controversial petitions on Avaaz was his singled out as potentially offensive?

We don’t know the answer to that since Avaaz did not respond to our request for comment, but have we really reached a point where we have to poll people to discover whether or not supporting someone who has an anti-copyright stance is OK? If so that would be both offensive and objectionable.

Let people speak freely on both sides – what’s the worst that can come of it?

Eight months in prison apparently. No wonder so many people signed.

Avaaz is a member-driven, member-funded global advocacy organization and that makes accountability to the community part of our DNA — one way we ensure this accountability is by polling all community petitions that are flagged as possibly inappropriate.

Once flagged, the petition text is automatically inserted into a poll, using a standard set of questions, and sent to a small randomized sample of our membership. This was the poll you saw.

Based on the poll results, we are happy to report that this petition was supported to remain on the site!