Over the past several years the Kodi media player has grown to become one of the most-used pieces of software through which people can stream, download and otherwise obtain copyright infringing content.

While millions have heard of BitTorrent, living rooms around the world are now more likely to have a device running Kodi, largely due to how easily the software is run on smart-enabled TVs.

Interestingly, the companies behind both BitTorrent and Kodi have a similar problem. Through the actions of their users, both sets of developers are up to their necks in piracy-related news and both would prefer not to be since neither has done anything illegal.

BitTorrent Inc. has made huge efforts on the PR front to try and educate the masses, with limited effect. Now Team Kodi say they will do the same but if the early signs are a prediction of the future, this will be a tough challenge.

The problem in a nutshell

Kodi is just a media player, it carries no content. However, Kodi has the ability to run third party plugins that in many instances make infringing content available to the user. So, when people load Kodi with plugins recommended by a friend and then see the latest movies listed, they believe that Kodi – and the people behind Kodi – are the ones providing them with the movies.

Needless to say, for Team Kodi this is a huge problem. Not only are they already wrongly associated with huge amounts of infringing activity, the installed addons often break or do not function as advertised. When users get problems they head off to the Kodi forums and vent – to entirely the wrong people.

“Every day a new user shows up on the Kodi forum, totally unaware that the free movies they’re watching have been pirated and surprised to discover that Kodi itself isn’t providing those movies,” says XBMC Foundation President and Kodi Product Manager Nathan Betzen.

But while those who install Kodi on their own machines and obtain the addons themselves probably understand that Team Kodi isn’t to blame for their piracy, there are countless thousands – maybe millions – of people out there who are entirely clueless.

That’s because they are buying hardware devices from places such as eBay and Amazon with Kodi ready set-up with potentially infringing third party addons.

More often than not, these products are advertised as “fully loaded” and less subtly as “Powered by Kodi”. The latter infuriates Team Kodi, especially when the devices fail to operate as promised.

“There have been a wave of sellers who decided to make a quick buck modifying Kodi, installing broken piracy add-ons, advertising that Kodi let’s you watch free movies and TV, and then vanishing when the user buys the box and finds out that the add-on they were sold on was a crummy, constantly breaking mess,” Betzen explains.

“These sellers are dragging users into the world of piracy without their knowledge and at the same time convincing new users that Kodi is a buggy mess, because they never differentiate Kodi from 3rd party add-ons.”

By now there are millions of Kodi users and although its difficult if not impossible to put numbers on them, it’s probably fair to assume that the majority are using the software for piracy. So what can the Kodi team possibly do?

Bring out the trademark banhammer

Well, the team has a plan which involves dissociating the Kodi name from infringing acts. The XBMC Foundation owns the ‘Kodi’ trademark and is legally entitled to chase down people who use it without permission.

They announced an intention to do so in 2014 but it appears things have gotten so bad since that core Kodi developers have threatened to quit unless something more aggressive is done.

“This means we will issue trademark takedown notices anywhere we think the likelihood for confusion is high. If you are selling a box on your website designed to trick users into thinking broken add-ons come from us and work perfectly, so you can make a buck, we’re going to do everything we can to stop you,” Betzen warns.

“If you are making a video in which you claim to be a Kodi developer or Kodi team member or you are just using the Kodi name while assuring users that some pirate add-on is totally legal and isn’t going to break next week, we will do everything we can to take you down.”

That’s right. Team Kodi aren’t just going to target sellers of piracy-configured boxes, but even people putting up YouTube videos that use the Kodi trademark without permission.

“Most of all, we are tired of a thousand different salesmen and Youtubers making money off ruining our name. And there are even more people out there seeking to make a quick buck by selling ads on videos about getting free movies and TV while using Kodi in their channel name to make their content seem official, as if those videos are coming from us.”

There has already been vigorous debate in the Kodi forums over how far the team will be prepared to go, with suggestions that even people monetizing “Kodi tips” could become a target. 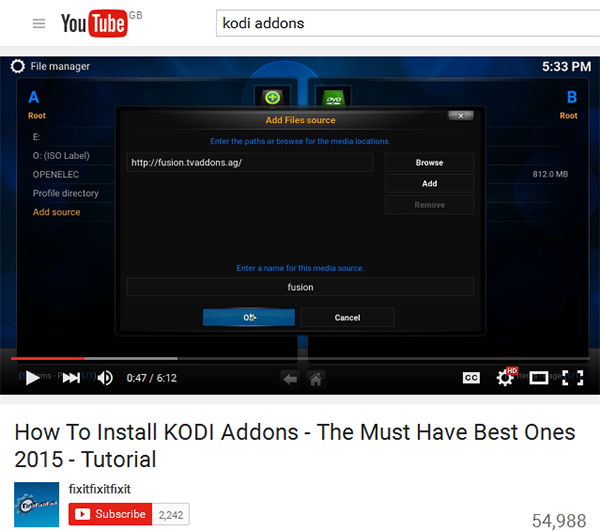 Only time will tell how this will play out, but the Kodi team are under no illusions that this is a huge task. To that end they’re enrolling supporters to help them with their trademark offensive against both sellers and YouTubers.

“If you see a Youtuber using the Kodi logo as part of his channel, constantly marketing Kodi as a source of free movies, ask him to stop pretending to be us and dragging our name through the muck. And, of course, let us know. Who knows, maybe the Youtuber has no idea that he or she is causing so many problems and a conversation might solve them.”

Interestingly, while Team Kodi are clearly sick of being connected to piracy, they aren’t actually condemning what the user does.

“Team Kodi maintains an officially neutral stance on what users do with their own software. Kodi is open source software, and as long as the GPL is followed, you are welcome to do with it as you like,” Betzen explains.

“So while we don’t love this use of Kodi, as long as you know what illegal and potentially dangerous things you are getting yourself into and accept the fact that the Team will not be providing you with any support, then you are welcome to do what you like.”

There’s no doubt that the Kodi team has a mountain to climb and at this point it seems unlikely they will ever truly get to the top. That being said, it will be interesting to see them try as this is a unique situation that few have ever faced before.