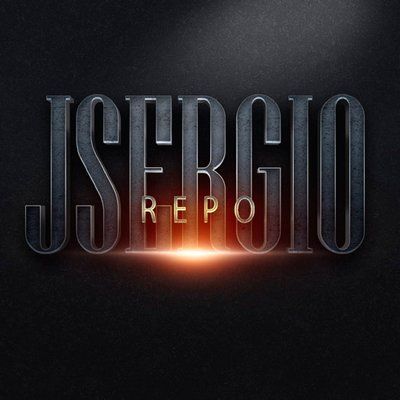 While Kodi is undoubtedly the most popular media player software in the world right now, it’s also the most hated by entertainment industry groups. On its own its an extremely decent and legal piece of software but with third-party add-ons it becomes a piracy powerhouse.

Earlier this year, following the legal attack on the TVAddons repository, several addon developers decided to call it quits. Facing a multi-million dollar lawsuit was something none of them fancied so shutting down became the preferred option for some. But while others kept going, there are now clear signs that the fallout isn’t over yet.

“Sorry to say but I am stopping all development of the urlresolver, metahandler, and my other addons,” he said.

Early reports indicate that the retirement was the result of Hollywood threats but as the dust settled there, another clearer case emerged in Europe.

UK-based Kodi addon developer The_Alpha was believed to be involved in the popular Colossus repository, having previously been part of an addon called Bennu, which many view as the successor to the resurrected Phoenix addon.

Yesterday The_Alpha also threw in the towel after receiving a letter at his home in the UK, hand-delivered by the world’s most powerful anti-piracy coalition – the Alliance for Creativity and Entertainment (1,2).

“We are writing to you concerning your development, distribution and/or involvement in the operation of certain third party Kodi add-ons under the moniker ‘The Alpha’. The infringing addons provide unlawful access to protected copyright works, including works owned by, or exclusively licensed to, the Content Companies.”

The letter, a copy of which was obtained by TVAddons, also notes The_Alpha’s involvement in the popular Colossus Kodi addon repository, which shut down last evening, taking dozens of popular addons with it.

The letter: shut down – or else 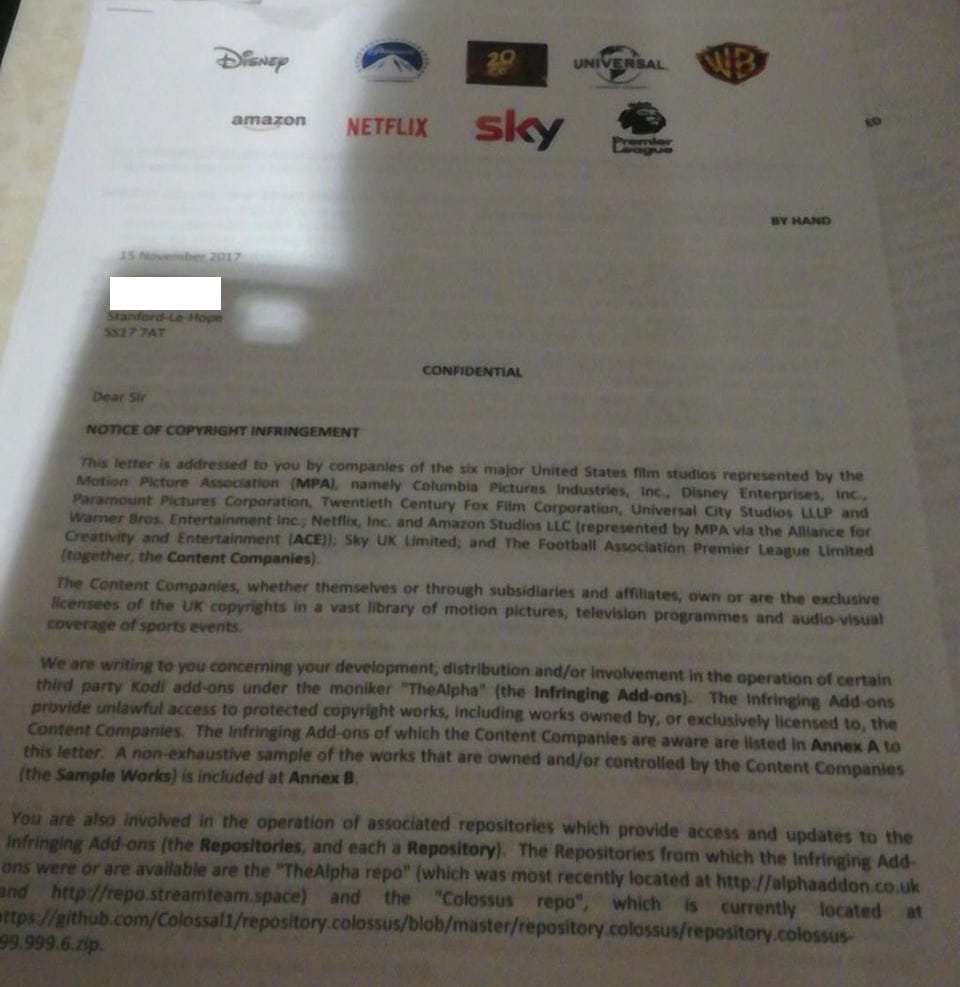 The shutdown of the Colossus repo and the two developers’ addons is undoubtedly a severe blow to the Kodi scene. But, while many casual users might be familiar with Colossus and Bennu, most won’t appreciate the importance of URLResolver. Most recently maintained by jsergio12 and distributed via TVAddons, this is an extremely important addon. Here’s how it works.

When Kodi plays content using addons, whether that’s a movie or TV show, links to that content have to be obtained (scraped) from sites hosting it. This means that all addons would ordinarily have to have their own code in order to find the URLs where that content can be obtained. It can be a different process for every video host, a big job for any developer. That’s where URLResolver comes in.

This clever tool helps other addons access content by resolving video hosting site URLs to enable related content to be played in Kodi. URLResolver is a really important tool but since it comes packaged with addons that rely on it, most users won’t even know it’s already on their system.

They’ll definitely miss it when it’s gone, since among other things it was utilized by the extremely popular Covenant addon. All may not be lost though, since TVAddons indicate they’ll try to keep URLResolver alive.

“TV ADDONS has been distributing URLResolver from our community repository since our return in August. We plan on continuing to provide updates, although we expect things to be slowed a bit by jsergio123’s sudden retirement,” the site said.

While also useful, MetaHandler is a different beast. The addon queries sites such as thetvdb.com, themoviedb.org and imdb.com, extracts relevant metadata (such artwork and summaries etc) and installs it in a database for local use in Kodi. 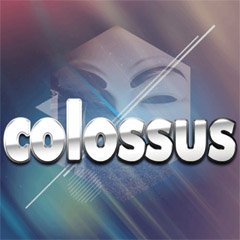 Adding to his retirement announcement, Jsergio123 took to Twitter to confirm problems over in the UK.

“I am not responsible for Covenant and Bennu but Colossus has agreed to delete the repo too,” Jsergio123 confirmed.

The Colossus repo has been taken offline, taking the addons above and many others with it. The fallout from this could be pretty significant so it will interesting to see how the community responds.

There’s no publicly confirmed reason for Jsergio123 discontinuing development but given the obvious problems in the UK and a subsequent tweet, everything points to the whole affair being linked to the same threats of legal action.