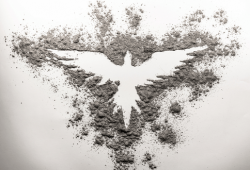 On Monday we broke the news that third-party Kodi add-on ZemTV and the TVAddons library were being sued in a federal court in Texas.

In a complaint filed by American satellite and broadcast provider Dish Network, both stand accused of copyright infringement, facing up to $150,000 for each offense.

The news came as a shock to many add-on developers, most of whom release their software as a hobby, with no financial motive. A potential lawsuit that can run to hundreds of thousands of dollars in damages clearly takes away most of the fun.

This could very well explain why several add-ons have shut down over the past 48 hours. While the lawsuit isn’t specifically named in most cases, there appears to be a direct connection.

One of the main add-ons that has thrown in the towel is Phoenix, which offered access to a wide range of channels, broadcasts, movies and TV shows.

“In light of current events we have decided to close down Phoenix. This is not something that was easy for us to do; we have all formed a bond that cannot be broken as a team and have a HUGE support base that we are thankful of,” Phoenix developer Cosmix writes.

“I can speak for myself when I say thank you to everybody that has ever been involved in Phoenix and it will always be one of my fondest memories,” he adds.

Developer One242415, known for his work on Navi-X, Phoenix and later his own add-on, took a similar decision. He announced the news directly from his add-on which will be closed in a few days.

“I am removing my addon for good. It was a hell of a ride for me. First starting off with Navi-X, then with Mashup, then with Phoenix, and for two months with my own add-on.”

In a similar vein, developer Echo Coder also announced that all his addons will be shut down. Again, without naming a specific reason. On Twitter, he did say, however, that the recent spike in popularity of third-party add-ons was not beneficial to the community.

“The reality is we did say the growth of third party popularity would hinder us. Unfortunately, now it looks like an implosion,” he tweeted yesterday.

A few hours later this message was followed up with a note that he had pulled his own add-ons offline.

“Thank you for the last year. My addons are now off-line. Its been emotional. Take care,” Echo Coder wrote.

The above is just the tip of the iceberg. Several other third-party projects and add-ons have also shut down, announced a temporary hiatus, or other changes.

Various Kodi community websites, including Kodi Geeks, are trying to keep up with all the add-ons that are toppling, and uncertainty remains. The community is in a state of turmoil, and it will take several more days to see what the exact fallout will be.

Assuming that the Dish lawsuit is indeed the main trigger for the recent uproar, it is clear that many developers prefer to stay out of trouble. And with Kodi related piracy in the spotlights of copyright holders, legal pressure is likely to increase.