Compared with countless other offenses, piracy ranks pretty low on the serious scale with most regular people. After all, given how easy it is to break the law, it’s likely that everyone has been an infringer at some time or other.

That being said, during the last decade there have been some signs that piracy might be becoming a little less socially acceptable than it once was, possibly due to increased awareness of getting caught and potential punishments thereafter. Still, it hasn’t always been that way, far from it.

Svet kompjutera (World of Computers) is Serbia’s most popular computer magazine. Launched in 1984, the publication has regularly taken an interest in piracy and in 2010 published an edition titled “Prohibited Ideas”, which featured the flag of the Pirate Party on the cover. 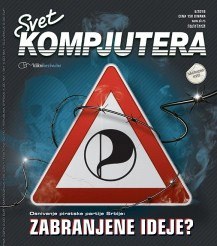 While covering the Pirates in 2010 wouldn’t have been particularly controversial, back in 1989 when the publication was just five years old, World of Computers had a mission to look after its readers’ interests, no matter what.

This resulted in the magazine running a “consumer protection” competition to determine the country’s finest pirate software suppliers.

The piece, embedded below, provides a unique insight into how attitudes towards piracy (and certainly encouraging piracy) have changed in the media over the past two and a half decades.

“And here it is, finally, the result of our competition to decide who is the Pirate of the Year,” the article begins.

“This list is a kind of buyers’ protection from bad and unprincipled pirates by indicating the most reliable and honest people able to satisfy the conditions of the market.” 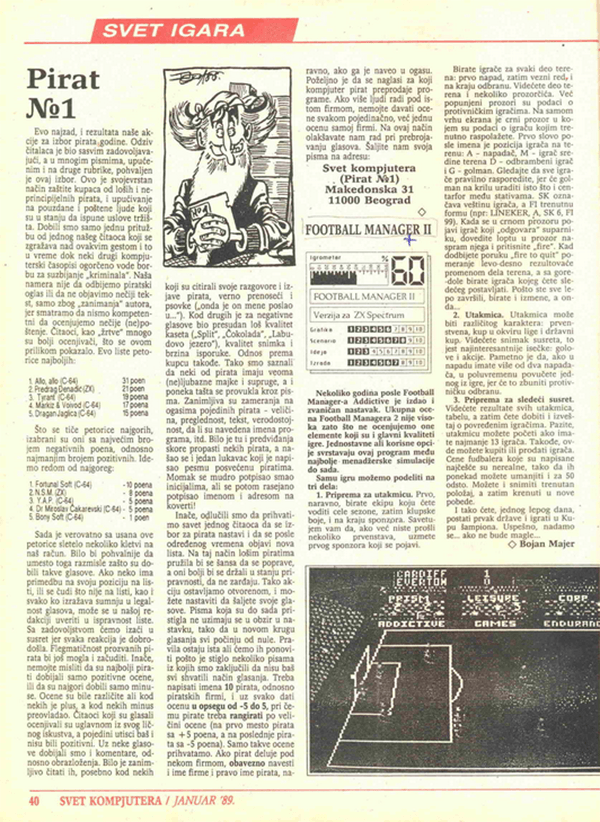 What follows is a list of five of the country’s best pirate suppliers, as voted by World of Computers’ readers. The publication went to the other end of the scale too, publishing the names of five suppliers that fell well short in the eyes of the pirating public.

“We think that by now several curses have flown from the lips of these [latter] five in our direction. Instead, it would be better for them to think why they scored such a poor result,” the article reads.

“Readers who gave votes, voted mainly by judging according to their own experience and some impressions were actually not positive. Some of them sent us their own comments or explanations along with their votes. It was very interesting to read them, especially when they reported their conversations with the pirates and the pirates’ statements, giving us a faithful account of their curses (…“then he told me to f… off“).”

These days pirates might give a torrent or streaming site a negative review for a slow download of a badly cammed movie. They might also complain of too many popups. Surprisingly, back in 1989 things weren’t much different.

“For some, the main reason for granting negative points was the bad quality of cassettes, the quality of the recording, and the promptness of delivery,” the article notes.

“Very interesting are the objections related to some pirates’ adverts, their size, text, text structure, truthfulness, and the presence/absence of the program names etc.”

The competition was apparently well received among World of Computers readers so the publication immediately declared it would publish another list the following year, to ensure that pirates kept standards high.

“This will give bad pirates a chance to improve, while the good ones will be in stand-by mode and won’t get rusty. This means that our contest stays open and that you can continue to send us your votes. The letters received so far will not be taken into account in the new round and everything starts from the drawing board.”

These days it would almost unthinkable for a magazine to run this kind of competition. However, to get an idea of just how much things have changed, one only has to look at the rules World of Computers deployed for subsequent competitions.

“Should a pirate be operating within a company, the name of the company is compulsory, as well as the pirate’s real name, of course, provided that he/she included it into the advert,” the magazine said.

“If several pirates work for the same company, just state the name of the company and not those of the individual pirates. This will make our counting of the votes easier.”