It’s not clear how many DMCA takedown notices The Pirate Bay receives each day but the site is extremely clear – no torrents are ever removed following a request from copyright holders.

The Pirate Bay, however, is somewhat of an exception. For many torrent sites, dealing with a flood of DMCA takedown requests (or their EU equivalent) is a part of everyday life. For those who want to stay online, complying with them is often seen as essential.

As a result it is extremely common to visit big sites to view a torrent only to find that it has been removed by rightsholders. One site that complies with DMCA takedown notices is market leader KickassTorrents (KAT).

While no overall stats are provided by the site, disappearing torrents are common phenomena, much to the disappointment of many users. However, one particular user has more than the average reason to feel deflated this morning.

‘Zorro’ is one of the few users on KAT to have achieved the rank of Elite Uploader. He describes himself as a male from Uganda although there are signs he could hail from somewhere in Asia. Overall, Zorro has uploaded well in excess of 2,400 torrents to KAT but today they have all been removed following copyright holder action.

In a broken English response to VIruz, another KAT uploader who thought the torrents had been taken down over the period of a day, Zorro revealed the truth.

“Not in one day..it’s within 12 minutes,” Zorro explained.

To underline the scale of the takedown, the image below provided by Zorro himself shows the mass of popups he received from KickassTorrents when the torrents were deleted. It’s quite a sight to behold.

Of course, for many copyright holders to coordinate on a single day would be quite a thing, but dealing with Zorro was a little more straightforward.

All of Zorro’s torrents contained content belonging to game engine and asset company Unity, with most appearing to have been sourced from its Asset Store. 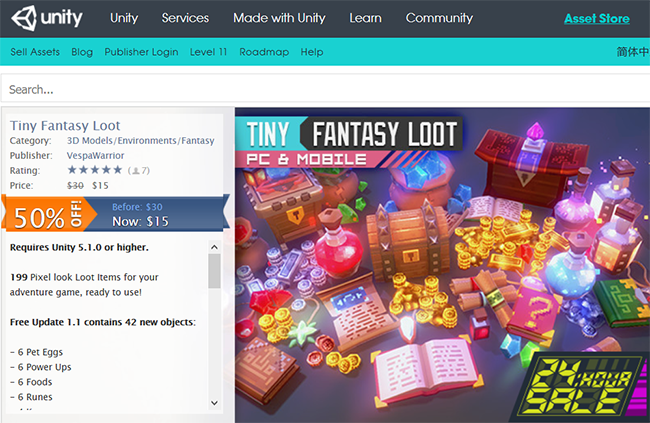 Zorro says he has suspicions that a user he previously complained about may have had something to do with his torrents being removed. While that’s certainly possible, a much more convenient explanation is at hand.

Yesterday at Unite Europe (video), Unity made an important announcement. Noting that Unity isn’t as accessible as it could be, the company announced a new strategy.

“So, we wanted to simplify. We wanted to give more value. With our three new products we’re confident we have increased the ability for you to reach the largest audience, provided increased no worry access to the latest tech and made Unity more affordable,” Unity said.

The details are available here, but essentially Unity now has a completely free tier (not even a credit card required) through to Plus, Pro, and enterprise solutions.

Meanwhile, Zorro and his fans are now staring at where his uploads used to be. In addition to the 2,400 taken down by Unity, Zorro says he personally deleted the rest. However, he appears to be relatively upbeat.

“Never mind somehow I survived. And still I am here at KAT with more stronger courage. Sooner or later I will reupload everything. I will reupload all 2506 torrents in a new way. From now on I will work like a hacker bandit,” Zorro says.

While there will be plenty of users who are disappointed at this turn of events, it’s perhaps a sign of the times that other uploaders on the site consider these events to be an occupational hazard to be taken in one’s stride.

“Well the company [Unity] that wants it down wants it down for a reason…it’s their hard work being pirated off of. Have to look at the whole thing that way,” said an uploader called Jagwar.

“Kat just complies with their request. I don’t think there’s anything wrong with that. We all know if we upload a torrent there’s a chance it will be removed due to copyright owner request. Seems like that guy just got unlucky.”