Some sites focus on a particular type of music, for example, while others may concentrate on movie genres including horror or anime. Since most torrent sites typically carry content in English, private torrent sites catering to speakers of a particular language can become hugely successful, something especially true for those attracting Scandinavian users.

Copyright holders operating in Denmark, where just six million people speak Danish, view private torrent sites as unfair competition in what is already a relatively small market. So, in partnership with their colleagues at Danish anti-piracy group Rights Alliance, a decision was made to shut down all local torrent sites – for good.

Pulling Sites Up At The Roots

With backing from the Danish government’s SØIK’s IP-Task Force, Rights Alliance took down DanishBits and NordicBits, two sites with big reputations that stretched far beyond Scandinavia.

Taking these sites down sent a clear deterrent message but instead of shutting down, private tracker Asgaard took in new members, many from the shuttered sites. A few weeks later the previously emboldened Asgaard announced it too would close, mostly to avoid staff being arrested.

Danish police didn’t get the memo and over the next several months, seven people were arrested. By March 2022, four prosecutions had led to criminal convictions. 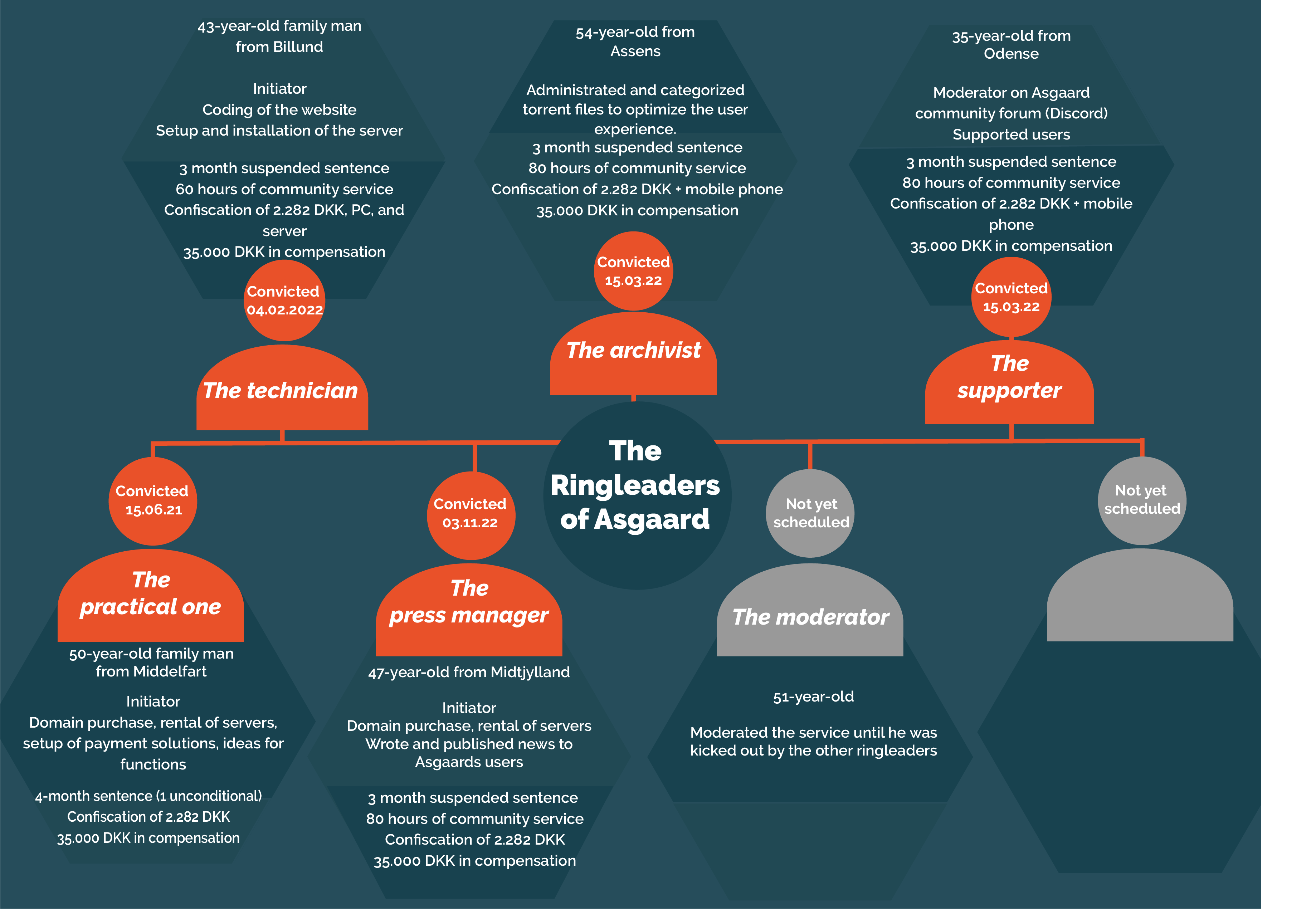 As the image above shows, earlier this year three of the seven were yet to face the courts. Following a process last week, just two remain.

On November 3, 2022, at the Aarhus Courthouse in Denmark, a 47-year-old man became the fifth member of Asgaard to be convicted since is closure in late 2020. He allegedly co-founded Asgaard in May 2019, with Rights Alliance describing him as one of the site’s masterminds.

In addition to buying Asgaard’s domain name, asgrd.org, he helped cover the costs, make decisions related to its operations, and also acted as its ‘press officer’. Rights Alliance reports that between 2015 to 2020, he was also associated with DanishBits and ShareUniversity.

“During the period of the crime, Asgaard had 23,000 users, and gave access to at least 15,000 files with copyright-protected works, several of which were shared before their digital premiere.”

And Then There Were Two

Following the conviction last week, just two of the initial seven suspects are yet to face the courts. An updated graphic from Rights Alliance indicates that an Asgaard moderator and one other person are yet to have their cases concluded. 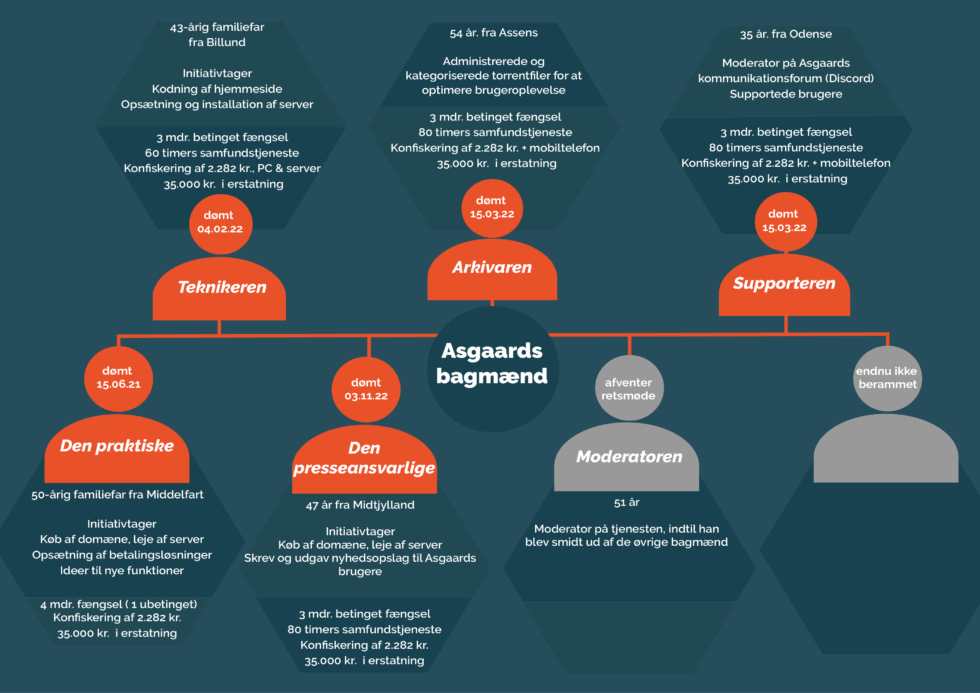 Rights Alliance Director Maria Fredenslund says that the convictions are the product of hard work designed to wipe out all Denmark-based file-sharing sites.

“It is immensely satisfying to note that the masterminds are now – one by one – being convicted of their criminal enterprise. We are dealing with a number of backers who were not only systematic in their violations of the rights of the members of the Rights Alliance, but also well organized,” Fredenslund says.

“They were dynamic, in the sense that if one service was shut down, they continued their illegal activities on another. Each sentence in this extensive case is an underlining that despite the organization and dynamic methods of the masterminds, they will be caught and held accountable for their violation.”

According to Jan Østergaard, Special prosecutor at the National Unit for Special Crime (NSK), the conviction sends a message to site operators and site users alike.

“It is very satisfying that, on the basis of a strong and focused effort, NSK has brought another mastermind to account,” Østergaard says.

“It sends a clear signal to both the masterminds and to the Danish pirate users that there is a great focus on this type of crime.”

NSK was established on 1 January 2022. Among other things, NSK aims to combat complex organized crime and financial crime.