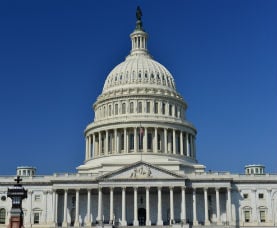 As part of its quest to reduce piracy, the MPAA continues to spend money on its lobbying activities, hoping to sway lawmakers in its direction.

While the lobbying talks take place behind closed doors, quarterly disclosure reports provide some insight into the items under discussion.

The details of these discussions remain behind closed doors. The only thing we know for sure is what Hollywood is lobbying on, but it doesn’t take much imagination to take an educated guess on the ‘why’ part.

Just over a year ago streaming piracy boxes were hardly mentioned in anti-piracy circles, but today they are on the top of the enforcement list. The MPAA is reporting these concerns to lawmakers, to see whether they can be of assistance in curbing this growing threat.

Some of the lobbying topics 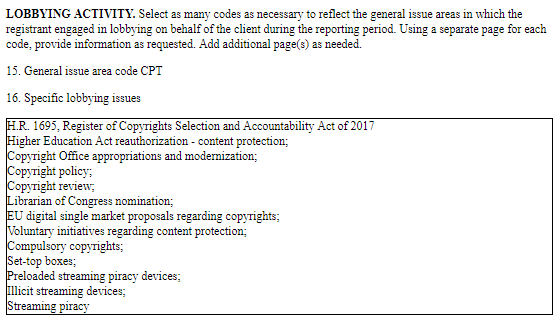 It’s clear that pirate streaming players are a prime concern for Hollywood. MPA boss Stan McCoy recently characterized the use of these devices as “Piracy 3.0” and a coalition of industry players sued a US-based seller of streaming boxes earlier this month.

The lobbying efforts themselves are nothing new of course. Every year the MPAA spends around $4 million to influence the decisions of lawmakers, both directly and through external lobbying firms such as Covington & Burling, Capitol Tax Partners, and Sentinel Worldwide.

While piracy streaming boxes are new on the agenda this year, they are not the only topics under discussion. Other items include trade deals such as the TPP, TTIP, and NAFTA, voluntary domain name initiatives, EU digital single market proposals, and cybersecurity.

TorrentFreak reached out to the MPAA for more information on the streaming box lobbying efforts, but we have yet to hear back.